Canal-side feature here for a year 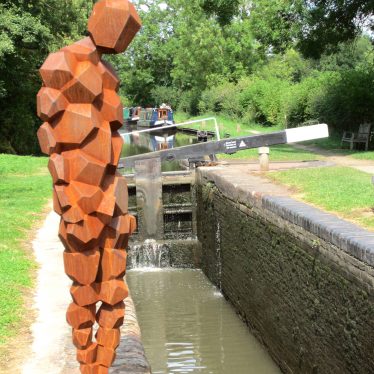 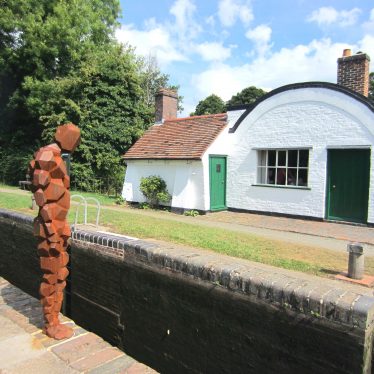 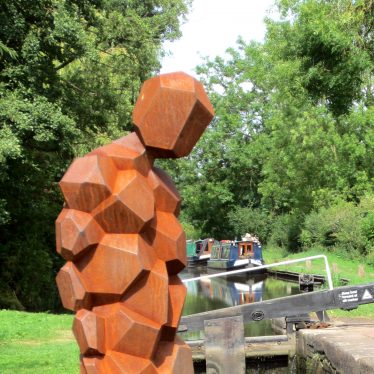 This striking figure was unveiled on 16th May 2015 and is only here for a year so make sure you go and see it before May 2016. It is part of a major work called LAND by the famous sculptor Sir Antony Gormley. Commissioned by the Landmark Trust, there are five figures situated throughout Britain to represent the four points of the compass, plus Warwickshire at the heart. This particular statue stands in Lowsonford beside Ned’s lock on the Stratford-upon-Avon canal. A Landmark Trust lock-keeper’s cottage stands nearby.

The polyhedral cast-iron figure is smaller than some of Gormley’s other work (you may have seen the Iron Man looming from the pavement in the centre of Birmingham). It stands looking down into the lock as though reflecting seriously upon life. I have visited twice, and on each occasion there were people clearly enjoying the site, discussing the sculpture and taking photos – I was cursing the fact that I didn’t have my camera with me on the first occasion. And there is a splendid pub nearby: the Fleur de Lys, originator of the famous pies.