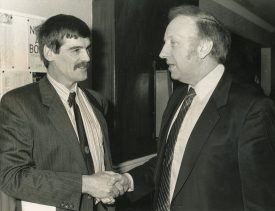 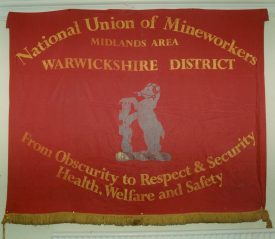 Proposed secession from the Midlands Area

Following the 1984-1985 miners’ strike Ansley Workshops, Birch Coppice, Baddesley, and Coventry Collieries remained loyal to the NUM. The miners at Daw Mill were split between the NUM and the Union of Democratic Mineworkers (UDM). Due to the decline of the mining industry, it was proposed that the Warwickshire District separate from the Midlands Area to merge with Leicester, South Derbyshire and Power Group to form a new Central Area. All Midlands Area divisions were paid £20,000 to transfer their offices to the National Union. During discussions regarding the transfer of the building it was discovered that the deeds were still legally under the ownership of Warwickshire Miners’ Association, despite the union’s change of name over forty years previously.

For the earlier history, please read part one.