You are here: Home>Locations>Bedworth>Bedworth Methodist Church 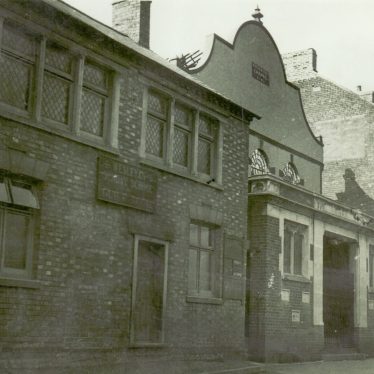 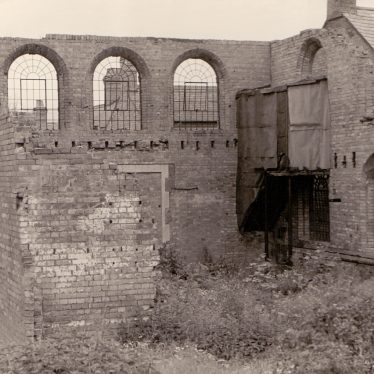 The old Bedworth Methodist Church in ruins after the fire [1941?].
Image supplied by Kath Allton 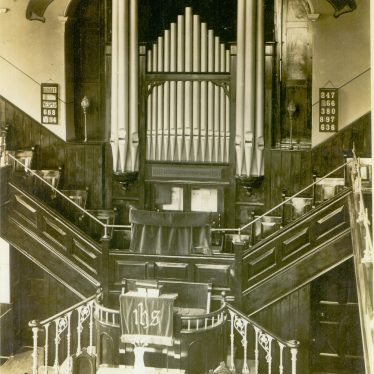 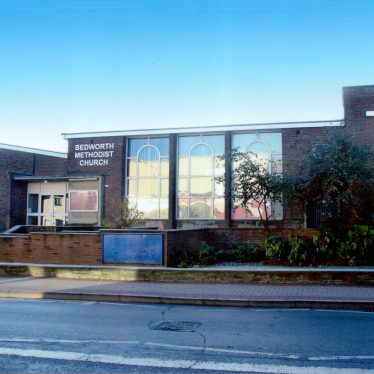 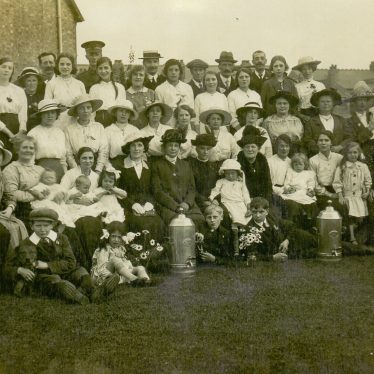 Methodist summer tea party. Held on the lawn of Swindon House, then owned by Mr. Topp, who can be seen on the very edge of the left hand side. Image taken c. 1915.
Image supplied by Kath Allton 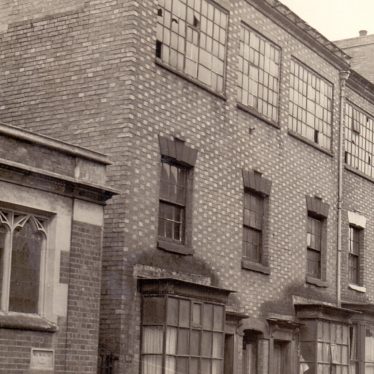 In January 1943, these two houses next to the church were purchased for £425 to provide more building land for the new church.
Image supplied by Kath Allton

The first Methodist chapel in Bedworth (Weslyan Chapel) was in a rented cottage in Kinders Yard off Leicester Street, soon to be followed by the use of a room in Mount Pleasant, the schoolmaster’s house. The first Methodist Chapel (Mill Street) proper opened in 1846 after members collected the sum of around £850 (through tea parties and other fund raising events). It is estimated that there were between 300 and 500 people attending the chapel at this time.

On 2nd July 1879 the Sunday School enlargement was opened and a memorial stone laid. It was about this time that Mr and Mrs Downing joined the chapel – they were famous locally for being the first people to own a motor car in the town. In 1879 a time capsule was hidden in a wall – to be discovered on August 15th 1947

Later improvements included a new porch, new pews, a rostrum for the pulpit and a heating system – costing £160 in total which was raised by the congregation, with £7 left in hand (used to buy a communion table, chairs and cushions for the rostrum). The improved and restored church was opened in 1890 and was very well received by the congregation!

In 1921 a magnificent memorial organ was installed as a tribute to the 18 young men of the chapel who lost their lives during the First World War (their names are remembered in the modern church).

During the 1920s and 30s chapel members were involved with activities such as the Wesleyan tennis club and the church cycling club. One of our photographs shows the wedding in 1930 of two cycle club members walking under a guard of honour made up of bicycle wheels!

On the night of Saturday November 8th 1941 the chapel was totally destroyed by fire, caused by an electrical fault. Blackout blinds meant that the fire could not be seen until too late. Fortunately the church had the use of the Guild Rooms next door. These were two converted cottages next to the church, where most church activities were held after the fire. The memorial stones in the porch wall of the church are now built into the walls of the ramp at the front of the church. Later, the church bought and demolished these rooms for the new church (along with some adjacent cottages known as Top Shops because of the weaving rooms on the top floor) following fundraising efforts of the congregation. On 28th November 1953 the new Church Hall was opened, followed with two later extensions.

Distributing the Butter Mountain in Bedworth

During 1980s the church was involved in distributing surplus butter from the Common Market to pensioners and people on Supplementary Benefit. Huge queues built up all along the road and occasional squabbles and arguments broke out!

The text on this page is taken from an exhibition put together in November 1995 to celebrate the church’s 150th anniversary.

Further images of the church’s cycling club can be found here and here.