You are here: Home>Tags>mining the seams>A Brief History of Warwickshire Miners' Association: Part One

A Brief History of Warwickshire Miners' Association: Part One 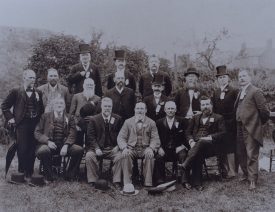 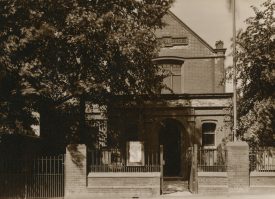 The first Warwickshire Miners’ Association was formed in 1872. A Bedworth printer, Mr John Colledge, was elected as the Secretary. The society’s first report was issued in June 1872, which stated that there were 414 members, representing two thirds of miners in Bedworth. Membership continued to grow, and by the end of 1872, seven lodges had been formed with a membership of 1,100.

Reformation of the union

The second Warwickshire Miners’ Association (WMA) was established on 26 September 1885, with offices in Church Street, Bedworth. William Johnson (1849-1919) was elected as the General Secretary and Agent. He was also Treasurer of the Midland Miners Federation from 1886-1919 and became the Member of Parliament for Nuneaton in 1906. The union was a founder constituent of the Miners’ Federation of Great Britain (MFGB), the predecessor of the National Union of Mineworkers.

In 1889, new Central Offices were built in Bulkington Road, Bedworth, at a cost of £2,000. The first of the Warwickshire miners’ pensions were paid by the Countess of Warwick at a ceremony at the Central Offices in 1902. Each man received a golden sovereign.

In 1909, the Miners’ Federation of Great Britain voted to affiliate to the Labour Party, but Johnson and the Warwickshire miners refused to support this affiliation, leading to a series of disputes. In 1912, a group of members split away to form a rival union, the North Warwickshire Miners’ Association, with George Henry Jones (1884-1958) as Secretary. In February 1919, Johnson was taken ill and his son, William Johnson Jnr, took over as Secretary. The two unions had remained separate for seven years, but with the Warwickshire Miners’ Association no longer under the control of Johnson Snr, efforts were made to reunite the two organisations. Jones attended a WMA Executive Committee meeting on 11 May 1919, and the amalgamation was completed.