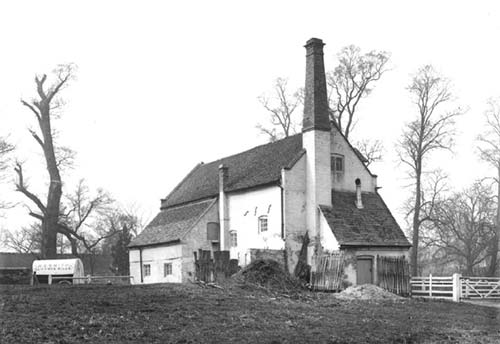 The remains of a watermill which is documented from the Medieval period. The building was converted into a house in 1972. The mill race survives. The site is located to the south east of Clifford Chambers.

1 In 1086 there was a mill. Two mills are mentioned in 1266. The mill is also recorded in 1538, 1562 and 1649. The mill was used as the manor laundry for a short time at the end of the 19th century. In 1903 it became a flour mill again and was later used to generate electricity. In 1972 the buildings were sold for conversion into a dwelling. The mill buildings date from the 18th century, are three storeys high and built of brick. The waterwheel survives as does some of the other machinery.
2 From the 13th century there were two mills, possibly on the same site. By 1652 they were called Clifford Mills. The buildings were extended or rebuilt in the 18th century and by the end of the century were referred to as one mill. By the late 19th century the mill was no longer in use. It was sold in 1903 and became a flour mill and bakery. In 1962 the mill was used as farm buildings.
3 The mill race is intact.