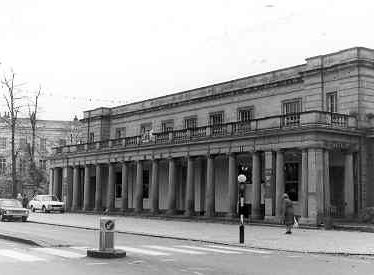 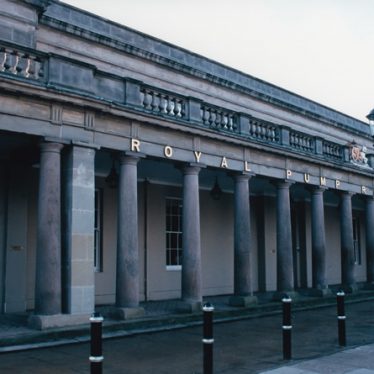 A 6th spring was discovered at Leamington in 1810. The New Pump Room and Baths, later to become The Royal Baths and Pump Room, were built in 1814. The building has been frequently altered. It is situated to the north west of Victoria Bridge, Leamington Spa.

1 The sixth Leamington spring was discovered in 1810. Three years later ‘The New Pump Rooms and Baths’ were erected, which effectively put out of business all those which had been built previously. They opened in 1814, and the following year their name was amended to ‘The Royal Baths and Pump Room’. They were reconstructed in 1861 and further altered around 1887, in 1910 and in 1926.
3 1813-14 by C S Smith, but of that only the Tuscan colonnade survives. The rest is now mostly of 1926.
4 The tower was removed in 1950.
5 Photographed in 1979.