You are here: Home>Locations>Alcester>Ragley Needle Mill 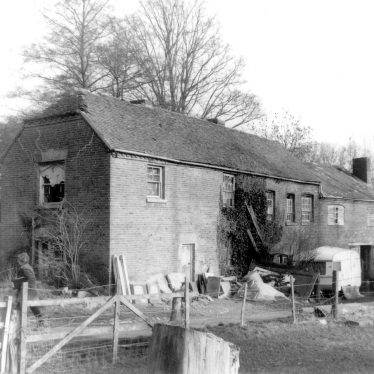 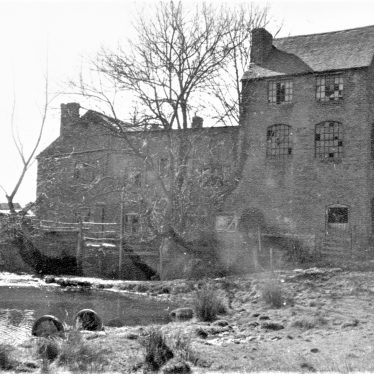 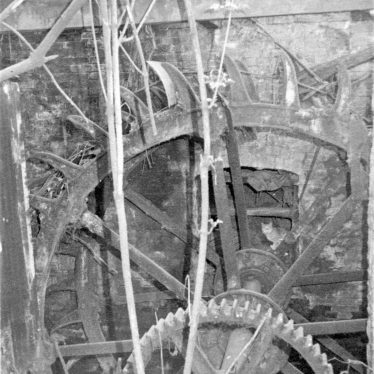 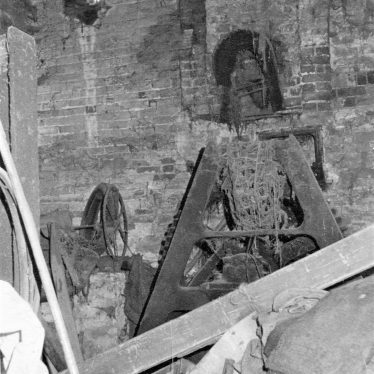 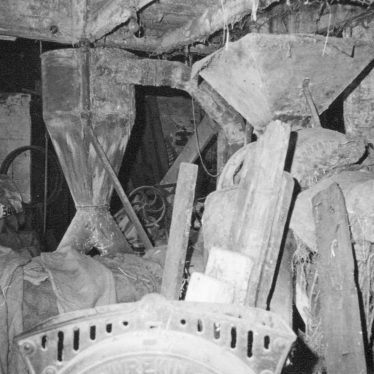 Ragley Needle Mill, a watermill which was in use from the Medieval period as a corn mill and converted to a needle mill during the Imperial period. It is situated east of Birmingham Road, Alcester.

1 A mill at Alcester is recorded in 1241, when it was granted to the monks of Alcester, and in 1545. Details of ownership exist from 1872. It was used for needle manufacture until the 1920s, and the buildings have since been converted for use as cattle sheds and a dwelling. The mill buildings are of brick, dating from the C18 and C19. The oldest part, now used as a cottage, was probably the original needle mill. A dry tail race leads from the front of this building. Most of the buildings appear to have been added in the mid C19, when the site of the waterwheel was probably changed. The wheel remains in situ; it is a breast-shot wheel, 4.1m by 1.7m, with two driving gears, but the machinery that these operated has long since been removed. The head race is partly blocked but the tail race is clear.
2 This former corn mill was converted to needle making soon after 1805. The mill and its associated buildings survive in adapted form as three cottages, the one named ‘The Old Watermill’ comprising the former mill.
3 Photos.
4 Plans.
5 Descriptive account.

Linkedin
More from Alcester
More from Building
More from Industrial Buildings including Mills (General)
More from Mills
More from Windmills, Watermills and Cornmills