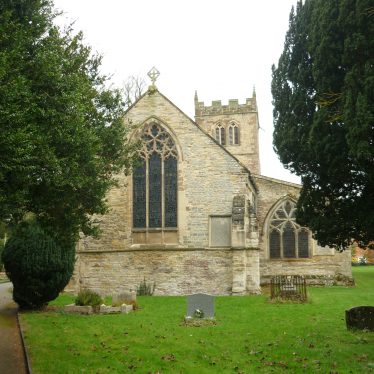 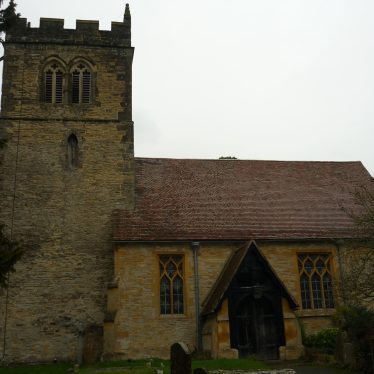 The Church of St John the Baptist which was originally built during the Medieval period. It was later restored during the Imperial period. The church is located in Church Lane, Aston Cantlow.

1 Chancel, N chapel, nave, N aisle, S porch, and W tower. Chancel, nave and tower date from late in the 13th century. The nave had a narrow N aisle with the existing arcade of four bays. About the end of the 14th century the N chapel was added, with the arcade of two bays, and the nave aisle was widened to the same span, and probably the arcade rebuilt with much of the original material. The aisle was provided with a NW stair-turret, which may perhaps have been intended to carry a beacon; it originally rose above the aisle roof but was reduced in the 19th century. Bell-chamber of tower added late in the 14th century. In the restoration of 1850 the nave S wall had to be entirely rebuilt, with the chancel arch. Font probably 15th century. A certain amount of old woodwork exists. Domesday records a priest at Aston.
2 Plan of the church.
5 Noted by Ordnance Survey.
6 A watching brief observed disturbance associated with the 19th century restoration.
7 The rafters in the roof of the chancel showed evidence of re-use, having been turned 90 degrees and then placed in their present position. Dendrochronological dating of these timbers indicated two stages of felling in the 13th century, so there is no evidence to suggest if the rafters were from a previous roof of this church or from another building. The basic structure of the present roof was confirmed as having a 15th century date, contrary to the information in VCH. On review of documentary evidence it is now also believed that the roof pitch is likely to have been lowered later in the 19th century than first recorded by VCH. The ceiling of the chancel was taken out during restoration of the church in 1849 when the present decoration of gold stars on a blue background was put in.