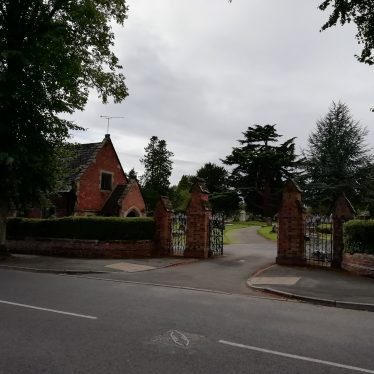 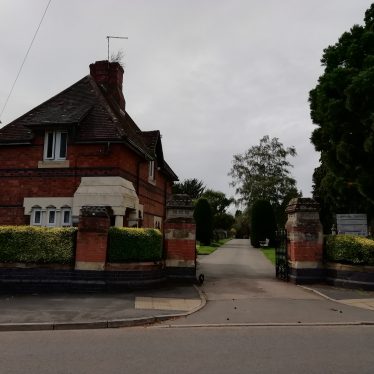 A cemetery dating from the Imperial period which is located on Brunswick Street, Whitnash.Recommended for inclusion on Local List by Lovie.

3 4 Lovie states that cemetery opened in 1852. Gatepiers, original path system, boundary wall and much of 19th century planting survive at time of Lovies’ report (1996/7). He refers to 3 chapels; one in the original cemetery. Cemetery extended in late 1860s with two chapels and a lodge. Site laid out in a grid pattern with central promenade walk connecting the two chapels.
Extended south since 1930s. This area not well laid out and landscape has not survived in perfedct condtion. The buildings are in poor repair and one chapel has been demolished.
Lovie states that the site is significant both in terms of its design evolution, the monuments contained within it, and the insight it provides into the social history of Leamington.