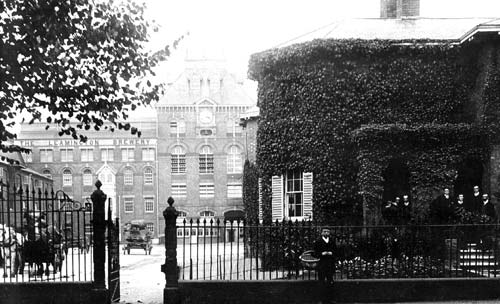 The site of the former Leamington Brewery which was in operation during the Imperial period. Part of the building was demolished in 1986 except one wing which was converted into flats. It stood on Lillington Avenue, Leamington Spa.

1 The former Leamington Brewery, with a high main building of brick with a steep French hipped roof. The details perhaps Quattrocento, perhaps Romanesque. 1861 by R Davison.
2 Demolished 1986, apart from one wing which is to be converted into flats.
3 Photographed in 1986.

Linkedin
More from Leamington Spa
More from Breweries and Malthouses