You are here: Home>Locations>Hatton>Hatton Locks: the Stairway to Heaven

Hatton Locks: the Stairway to Heaven 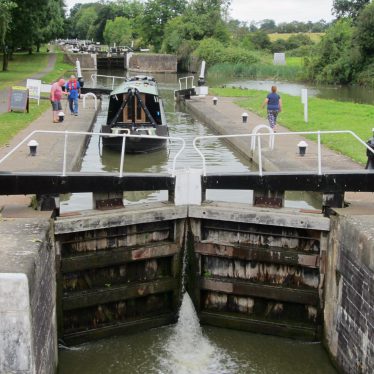 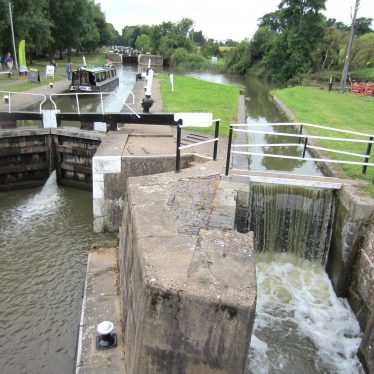 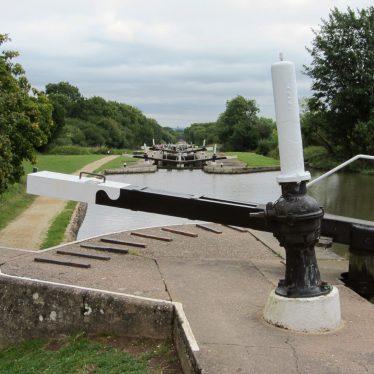 Near Hatton is a flight of 21 locks where the Grand Union Canal ascends 146 feet over a couple of miles. The original locks on the Warwick and Birmingham canal were built in 1790 by the navigators or ‘navvies’ as they came to be known. The canal was renamed the Grand Union in 1929, and shortly afterwards new wider locks were built of concrete by a workforce of a thousand men. The new locks were opened by the Duke of Kent in 1934; they can take two narrow boats side by side. Some of the original narrow locks can still be seen alongside the new ones.

Features to be seen on the canal

Beside the Hatton flight of locks can be found a flat-bottomed maintenance boat for operating in shallow water. At each lock are four white winding devices for raising the paddles that control water entering and leaving the locks. You can also see the ridges on the ground that enable shoes to grip as the owner pushes hard on the huge balance beam to open the lock gates. In places the canal widens out into reservoirs to allow boats to pass and to save water for use in the locks.

The Stairway to Heaven

The Hatton flight of locks is known locally as the ‘Stairway to Heaven’ because of the hard work involved in the ascent, followed by an easy run to Camp Hill where the workmen were paid. (You may be amused to know that the Gota canal in Sweden, which boasts 58 locks as it rises and falls across the countryside, is known as the ‘Divorce Ditch’!)