You are here: Home>Locations>Leamington Spa>The Demolition of Christ Church, Leamington

The Demolition of Christ Church, Leamington 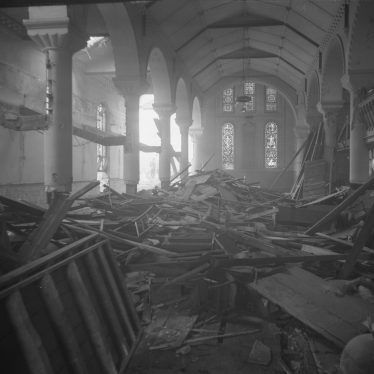 The inside of the church during demolition.
Warwickshire County Record Office reference PH(N) 600/432/4 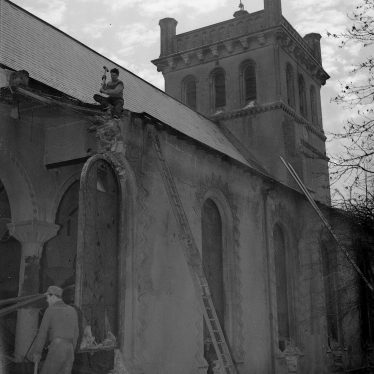 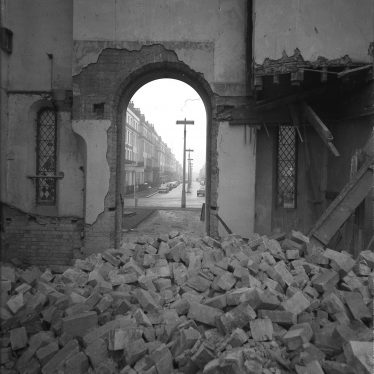 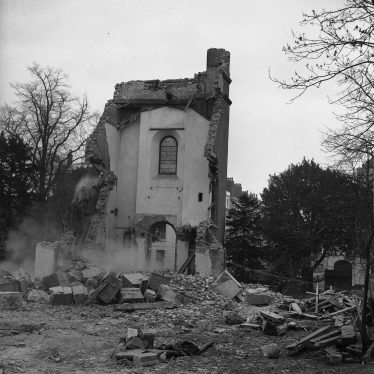 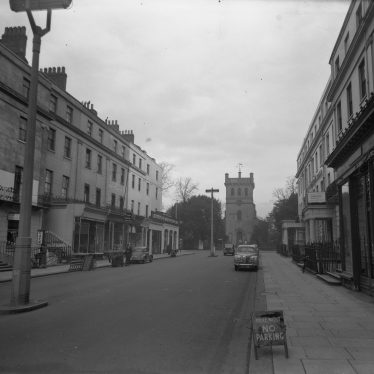 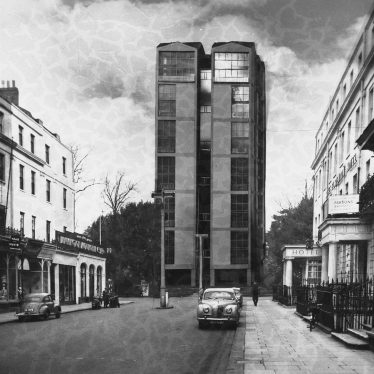 In part one of this article, I reviewed the building of Christ Church until its closure in 1950. With the mantra of the time being if it’s old it has to go, there was very little chance of it surviving. It stood empty for a number of years before the inevitable decision was made to demolish it. So as 1959 began the demolition gang moved in and the landmark started to disappear.

Many townsfolk came to watch as the old church met its end. It was said that despite being full of rubble, it looked strikingly beautiful with the winter sun shining through the now broken stained glass windows. As the gang turned their attention to the large stone pillars holding up the balcony it was discovered that they were in fact tree trunks, plastered over to look like stone. There was much speculation that they were the remains of trees that used to grow in Beauchamp Wood that were felled to make space for the church.

Not going to go without a fight

The last part of the church to go was the tower, which after looking down the Parade for 134 years was not going to go without a fight. At the time of the churches centenary (1924/1925) Mr Naylor of Harrington House gave £1, 200 to strengthen the tower and so it stood firm against the demolition gang’s best efforts. In the end they used the fire brigade’s escape ladder to fix a hawser around the tower to pull it down. Strangely when it finally gave up the fight on 20th February 1959, there was a thick fog so nobody saw it go.

So for the first time in 134 years there was no focal point at the top of the Parade. Was there a plan to replace it?

Towards the end of the 1950s architects and town planners thought the solution to future housing needs was the multi-story block of flats. As such, at the end of 1957, plans were unveiled for a 13 story block of flats / maisonettes to replace Christ Church. They were described at “Daringly Attractive” and “of Unique Design”. The Leamington Courier produced a mock-up of how they would look. “Daringly Attractive”? I will let you decide!

Opposition to the proposal

Right from the start there was opposition to the proposal. At the meeting of the council held of 6 th November 1957 objections to the plan were raised by several councillors, with one describing them as the “worst proposal ever”. One of the main concerns was that the proposal should not be passed until public opinion had been sought on the plans for such an important site. However, after much debate the plans were passed in principal by 22 votes to 9.

As soon as the plans were made public there was also a lot of public opposition to the flats. One of the most prominent of these was Mr Edward J. Willes, great grandson of Mr Edward Willes who had originally built the church.

Mr Willes was “bitterly opposed” to the development and believed the terms of a conveyance, made when the church was built, meant that if the church was used for anything other than the purpose for which it was originally built the whole of the Beauchamp Gardens would revert to the Willes family. The council’s legal advisers however believed the covenants were in fact unenforceable. Despite the opposition the plans were still in place when the church was demolished. However, perhaps after being sacred ground since the time of George IV, there was also some divine intervention because the flats were never built.

As a temporary measure the area was landscaped. Over the years several suggestions have been made for the best use of the site, including moving the Hitchman Fountain from the Jephson Gardens. None of these plans came to anything however and the temporary landscaping has matured into the lovely open space we know today, being enjoyed by hundreds of people each week.