You are here: Home>Locations>Leamington Spa>The Building of Christ Church, Leamington

The Building of Christ Church, Leamington 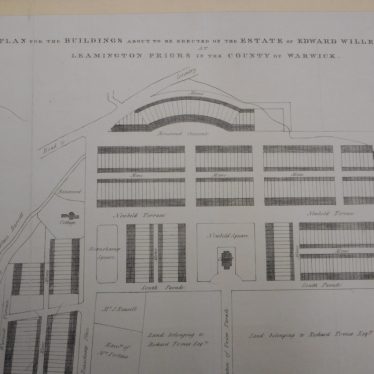 A plan of 1825 for a proposed development of the area around what is now Christ Church Gardens.
Warwickshire County Record Office reference CR1247/25. 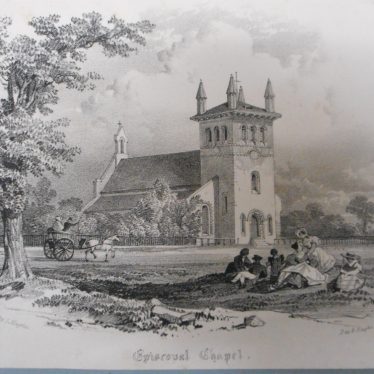 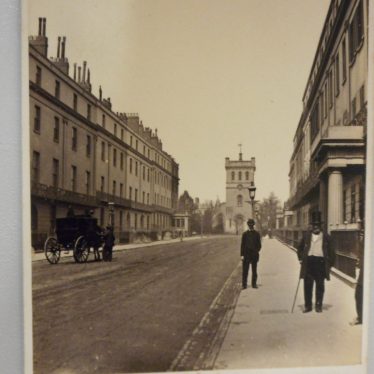 As I have mentioned in other postings on this site, in the years following the Second World War there seemed to be a frenzy of demolition from which no building was safe.

More often than not the buildings lost were replaced by, what in my opinion, were rather ugly buildings that were totally at odds with their surroundings. However in some cases, while sadly the building was lost, thankfully its replacement was never built. This is what happened to Christ Church, which stood as a focal point at the top of the Parade for over 130 years.

The first stone was laid north of the river Leam on 20th September 1808. From then on the “New Town” grew rapidly with many plans drawn up for grand Regency crescents, terraces and squares. Unfortunately, the building boom ended almost as quickly as it had begun and most of these plans never made it off the drawing board. In other cases only parts of the grand schemes came to fruition.

Since it was first laid out in 1810, the Parade has always been the main thoroughfare north from the river bridge, running up the hill through the new town. At the top of the hill was Beauchamp Wood, and in 1825 a plan was drawn up for a grand estate to be built on this site. The centre piece of this estate was to be Newbold Square and the focal point was to be a church

In the end only the North-West corner of the square was built, plus the church. This opened on 16th October 1825, with the gardens being laid out some four years later.

The Church was paid for by Edward Willes esq. who employed the architect Peter Frederick Robinson, who it is said based his design on the Abbey church of Jumieges in northern France. This made the chapel, if not the first, certainly one of the first, neo-Norman churches in England.

Christ Church was never a parish church; it was a daughter church to All Saints, which at the time covered the whole of Leamington Priors. Due to the rapid growth of the town in the early years of the 19th century the small parish church very soon proved inadequate for the growing population; Christ Church was only the first of several daughter churches built around the town.

A charge to worship

The church was also privately owned which meant that at certain times during its life a charge was made for worshiping there. One of its first owners was Rev. Downes, who was the vicar of All Saints, he charged the congregation 6d (2½p) each or 2/- (10p) for five, to attend. Servants were charged half price!

As the town continued to grow, as well as daughter churches being built, new parishes were created, plus All Saints was enlarged several times. The last enlargement was finished in 1902, making it one of the largest parish churches in England, with seating for 2,000.

One of these new parishes was Holy Trinity, with a new church being built only a few hundred yards behind Christ Church. This does make you wonder why they didn’t just turn Christ Church in to a parish church. I suspect the reason was that whoever owned the church at the time didn’t want to lose the income!

Over time these events, plus the decline in church attendance following the two world wars, led to a steady reduction in the size of the congregation at Christ Church. In 1950 the church was made redundant and closed for worship with most of the congregation moving to either Holy Trinity or Saint Mark’s.

So what was to happen to the old church? Part two will explain.