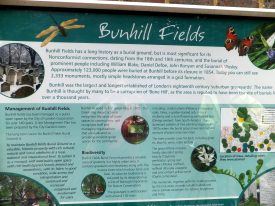 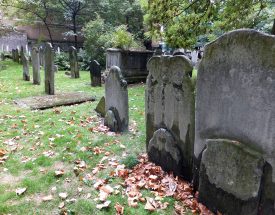 My ancestor, Spencer Mason from Warwickshire, went to London and worked as a baker in Islington. One of his sons, Daniel Spencer Mason, was described as a ‘gentleman’ in his will and I wanted to find out how the orphaned son of a baker achieved this status. (At that time, a gentleman signified a man with an income derived from property, a legacy or some other source, and was thus independently wealthy and did not need to work.)

The Admission Registers of St Paul’s School, London, from 1748-1876 indicate that Daniel Spencer Mason was admitted to the school on October 23, 1804. He was age 11 and it was noted that he was the son of the Late Spencer Mason, Baker of Old Street Square.

I kept searching and found mention of Daniel Spencer Mason in Electoral Registers, the Records of the Sun Fire Office, The Law Advertiser and The London Gazette . He appears in the London Electoral Registers from 1832 – 1845 in St Leonard Ward, Shoreditch. The records of the Sun Fire Office show that Daniel Spencer Mason and John Dorset Pool had a business insured at 107 Shoreditch. In The Law Advertiser 1824, Vol. 2, p. 149: POOL John Dorsett, and Daniel Spencer Mason, of Shore-ditch, linen-drapers……Partnership was dissolved May 1, 1824. In the London Gazette 18 Oct. 1837: “NOTICE is hereby given, that the Partnership formerly subsisting between us the undersigned, Daniel Spencer Mason and Jabez Balch, carrying on business at No. 107, High-street, Shoreditch, as Linen-Drapers, Mercers, Hosiers, and Haberdashers, was dissolved on the eighth day of October 1837 by mutual consent”. So Daniel made his fortune as a draper.

Daniel’s death and will

Daniel died in 1846, aged 53. The burial record indicates that on 25th July his body was brought to the Bunhill Field Burial Ground from New Norfolk Street, Islington. (Piece title 4000 BFBG 1838 – 1846). Daniel’s will was proved on Aug 1, 1846. He leaves his estate in Brinklow, Warwickshire, to his youngest sister Eliza and the rest of his estate to be divided between his sisters Ann Spencer Mason and Mary Ann Mason Finch, widow. On the 1851 Census, Mary Ann is head of the household at age 60, Ann is 72 and Eliza 56. They are all listed as Fund Holders (someone who has funds in government bonds, then known as consols or consolidated annuities) and are living at 19 Brudenall Place in the Parish of Shoreditch. On the 1841 census the sisters were living in Islington at New Norfolk Terrace. Daniel Spencer may have been in Warwickshire visiting as there is a Spencer Mason listed as a visitor at the farm of John Mason in Withybrook. In 1846, it is the New Norfolk Terrace house from which Daniel’s body is removed.

The Family of Spencer Mason

Here we have a glimpse of the Spencer Mason family who left Warwickshire to seek their fortune elsewhere. I found this all very interesting as when I made trips to London in recent years, I stayed at Rosebery Hall in Islington. I walked many of these streets, little knowing that 200 plus years ago, my ancestors had made their home in this area. John Mason, Spencer’s brother remained in Withybrook, Warwickshire as a farmer.  He was my 3X Great Grandfather and was likely on land passed down from his father, John Mason and his Great Uncle, Nathaniel Mason. That, however, is a story for another time (watch out for part three).

Bunhill Fields was significant as a nonconformist burial ground in the 18th and 19th centuries. William Blake, Daniel Defoe, John Bunyan and Susannah Wesley are buried there.