You are here: Home>Locations>Kenilworth>August Schneider: Before World War One

August Schneider: Before World War One 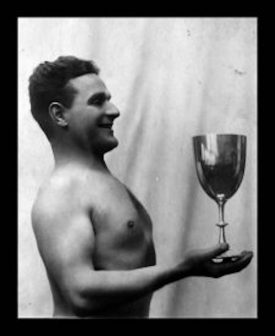 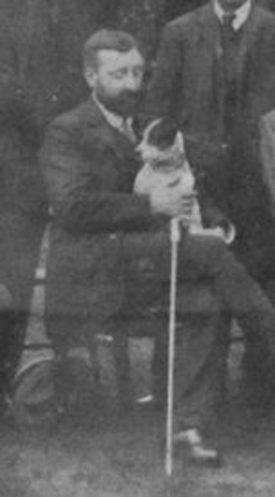 Photo of Ernest Hadow, circa 1911, who gave the Challenge Cup to Kenilworth Swimming Club in 1907 and was secretary to the Kenilworth War Tribunal Committee.
Photo courtesy of Robin Leach

The Schneider family had the misfortune to be Germans living in Kenilworth at the outbreak of the First World War, and August was an English passport-holding German in Germany at the start of the Second World War.   They had long held a religious objection to war and August’s grandfather had originally chosen to live in England as there was no conscription to fight.

August was born on 25th June 1895 in Saundersfoot, Pembrokeshire, the son of Louis Philipp and Emilie Mathilde Schneider.  His father had been born in Whitechapel, London, to German parents and his mother was born in Germany, to German parents.  At the time of August’s baptism on 18th August 1895, his father gave his occupation as a Tobacconist although previously both Louis and Emilie had been musicians and belonged to Bavarian musical families.

They married in Leamington Spa in 1887 and moved to Kenilworth around 1897 when newspaper advertisements show Herr & Madame Schneider as teachers of violin, mandolin, cello, guitar, banjo and piano.  Louis Schneider also started the Kenilworth Orchestral Society and had several different bands including a string band and military band and played throughout the town on many different occasions through the late 1890s and early 1900s.

August had a sister Mathilda, three years older than himself, and a sister Julia four years younger. The 1901 census shows the family living at a Music Shop in Warwick Road, Kenilworth (the building later became the NatWest Bank) and ten years later in 1911 they were living at 1 Borrowell Terrace, Kenilworth in a row of houses built by Louis Schneider, who was now recorded as a Building Contractor.

With the outbreak of the First World War in 1914, the Schneider family, although well-regarded in Kenilworth, were viewed, like all people of Germanic origins, with suspicion. In February 1916 the Kenilworth Urban District Council resolved to intern the family and this decision was sent to the Chief Constable of Warwickshire.  However, there is no evidence that this ever happened.

August then faced conscription into the British Army in 1916.