You are here: Home>Locations>Stratford-upon-Avon>Site of Lucy's Mill 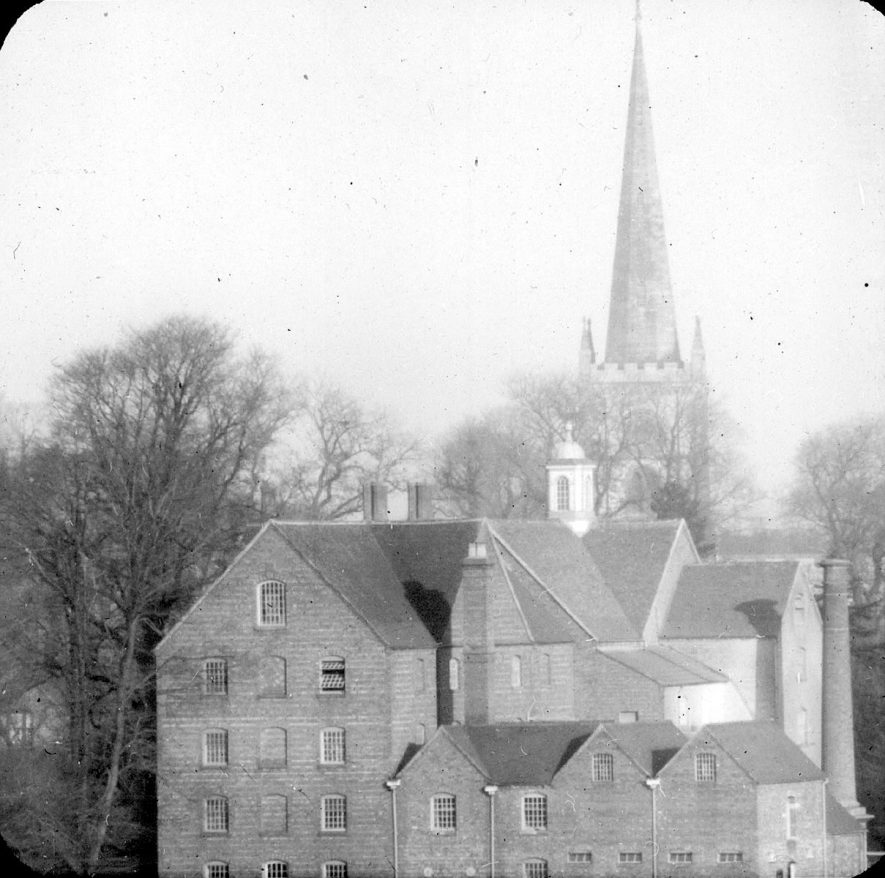 Lucy's Mill, a watermill for which there is documentary evidence from the Medieval to the Imperial period. During this time it was used as a corn mill and fulling mill. It was derelict by the 1960s, but some features survive under the converted building, 200m south of the church.

1 A mill is mentioned in 1086. By the mid 13th century there were three corn mills under one roof and a fulling mill. The fulling mill had gone by the end of the same century. Information on ownership exists for the 16th to 19th century. The mill was destroyed by fire in 1941, but was rebuilt shortly afterwards and continued to be one of the most important mills in the Midlands until recent years, but no longer water powered. By the late 1960s the mill was derelict. In 1973 the majority of the buildings were demolished and residences known as ‘Corn Mill Flats’ (now ‘Lucy’s Mill’) erected on the site. The watercourses have been retained and the old tail arch can be seen below the new buildings.
2 Desktop assessment undertaken in 1996 includes documentary evidence and map reproductions. Historical assessment as above – considered likely that archaeological evidence of earliest, Saxon, mill will have been destroyed by continuous Medieval and Post Medieval use of site for milling.

Linkedin
More from Stratford-upon-Avon
More from Mills
More from Windmills, Watermills and Cornmills