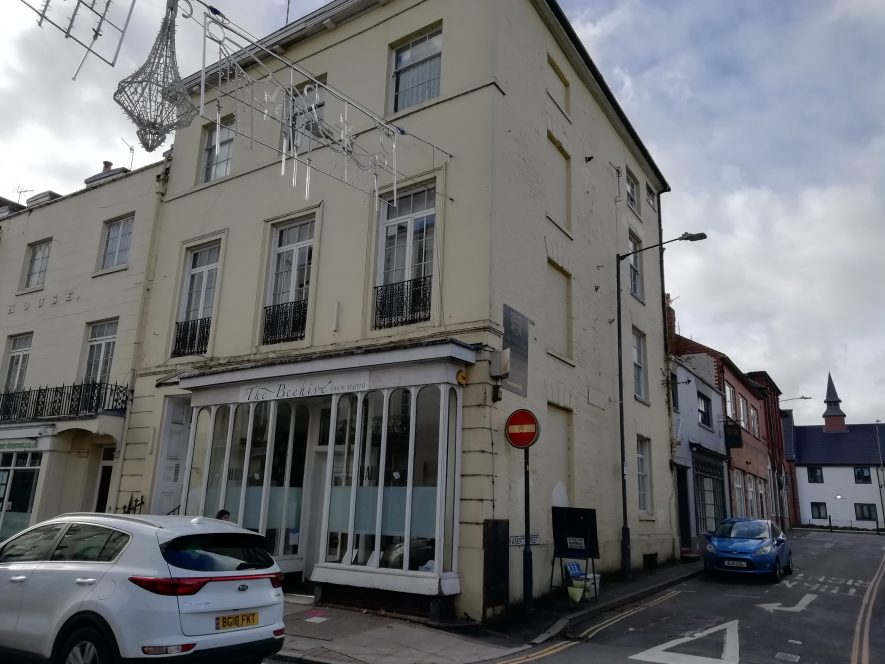 The site of Abbott's Baths built over a saline spring discovered in 1784. The baths, in Bath Street, Leamington Spa, were demolished in 1867.

1 In 1784 a second saline spring was discovered in Leamington on land belonging to William Abbotts. Baths were opened by Abbotts in connexion with the spring in 1786.
2 On the death of Abbotts in 1805 the baths passed to William Smith, who enlarged and rebuilt them. They were demolished in 1867.
3 Noted.