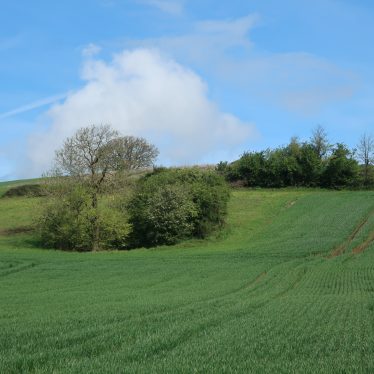 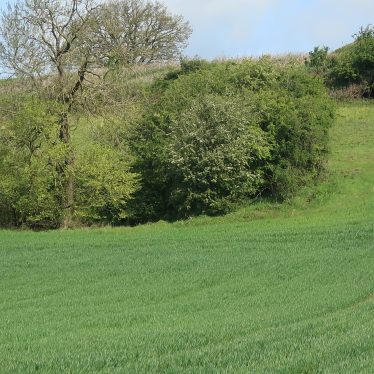 The site of two possible round barrows dating to the Bronze Age. Alternatively they may represent Anglo Saxon burials of the Migration or Early Medieval periods. They are known from documentary sources and were located 800m east of Burnt Firs.

1 Barrows are included during the perambulation of the Long Itchington Charter bounds in a reference to ‘Sic hlawe’ and ‘Lytlam hlawe’. The position of these has been suggested as to the south and west of Print Wood respectively. In the light of recent work it would seem likely that ‘Lytlam hlawe’ represents the place where Anglo Saxon burials were found in the 19th century at SP3865 (WA 2222). In view of this it would seem possible that the mounds seen by Usher at SP3865 may represent the ‘sic hlawe’.
2 Field Record Sheet. Circular cropmarks observed.
3 The areas marked on Usher’s sketch plan were investigated but no vegetation marks indicative of ploughed out barrows were recorded.
4 Dating confirmed as Bronze Age.