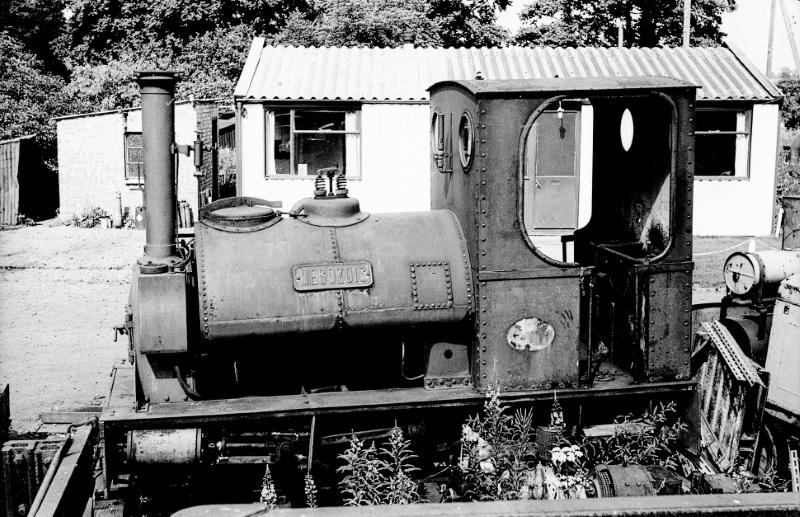 Southam Cement Works and quarry, described as 'Long Itchington Cement and Lime Works' in the Ordnance Survey map of 1886. From the middle of the 19th century production expanded and came under different owners. The site is now a concrete waste.

1 Limeworks started by Mr Oldham in 1854, taken over by Tatham, Kay and Co in 1868 and by the Rugby Portland Cement Co in 1934. Commencing initially in Long Itchington parish, the workings extended into Stockton parish in 1900 and into Southam parish glebe lands a few years later.
2 There were three works in the area during the early 19th century all under separate owners. The earliest was that of Richard Greaves of Stratford-upon-Avon and J Kirshaw of Warwick who traded as Greaves and Kirshaw. They started manufacturing cement at the Stockton Works in 1840, followed by a second works at Harbury in 1858.
The second cement works was that of Tatham and William Oldham who started lime and cement making at Southam from about 1854 to early this century, later trading as Kayes and Co until closing down in the 1930’s before being taken over by the Rugby Portland Cement Co Ltd who still operate the works.
The third and largest company was that of George Nelson whose lime and cement works was established about 1844. Soon after George Nelson’s death in 1850 his son Charles took over the lime business and by about 1860 had expanded into the production of Portland cement. There was also a small works in Leamington Spa. The company operated a fleet of narrow boats and in 1870 a dock was built at Stockton for their repair.
Initially production was concentrated in a small bank of kilns near the main line of the canal (GR 44 65). The remains of one kiln may still be seen from the canal towpath. Later production became centred on the canal arm, and by the 1930’s there existed a substantial and modern works (GR 44 64).
A quite extensive stock of housing was provided by the company to house its workforce. One terrace was adjacent to the works (GR 44 64) while the rest were located in the nearby village of Stockton (GR 43 64).
The company was bought by Rugby Portland Cement in 1945 and the works closed in 1949/1950. Demolition took place some time after 1950 although it continues to appear on some modern OS maps. Recently the site has been the focus of redevelopment plans, but so far nothing has come of them and the works site remains a wasteland of concrete rubble and scrub, with the deeper parts of the quarry filled with water up to perhaps 20 feet in depth.

email
More from Long Itchington
More from Mining and Quarrying