You are here: Home>Locations>Henley-in-Arden>Henley Mill, Henley in Arden 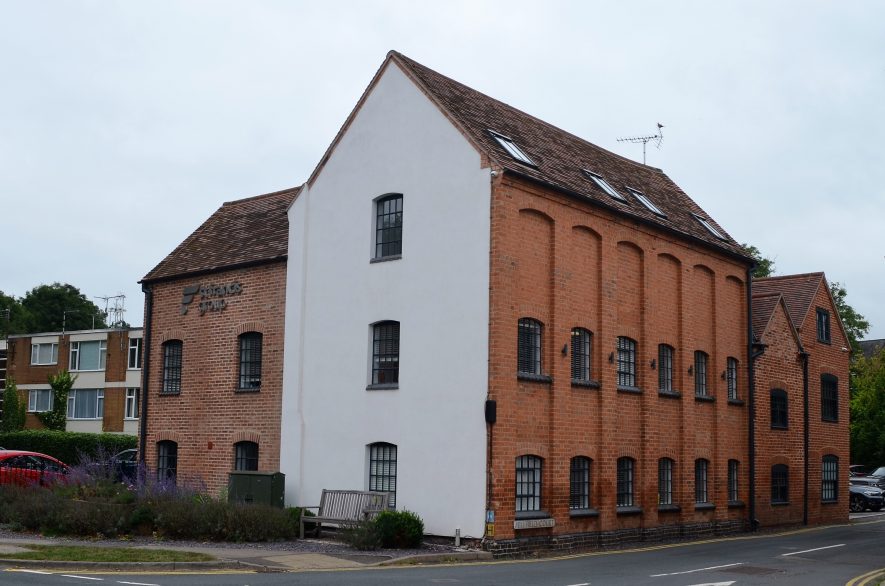 Henley Mill, the site of a watermill for which there is documentary evidence from the Medieval period onwards. At some time in the Imperial period it was powered by a steam engine. All the machinery has gone. The building survives, east of Johnson Place.

1 In 1185 ‘the mill at Henlea’ was granted to Wootton Priory by Henry de Montford. There were two mills at Henley in 1296 and three were mentioned in 1326. In 1608 it was described as a watermill and horse mill under one roof. Information also exists for 17th century and 19th century. The mill was operated with a steam engine until the 1940s. All the machinery has now been removed and the mill is used as a store. The mill is a three storey brick building and has an internal high breast-shot waterwheel. This was fed by a leat from the river which fed a small pond behind the buildings. The leat is now dry, and the mill pond filled in. A mill house adjoins the mill to its E.
3 Mentioned.