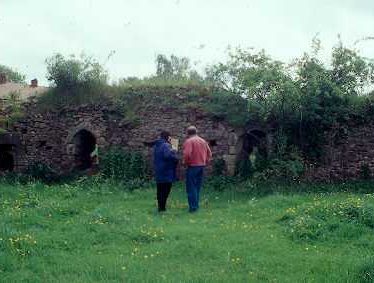 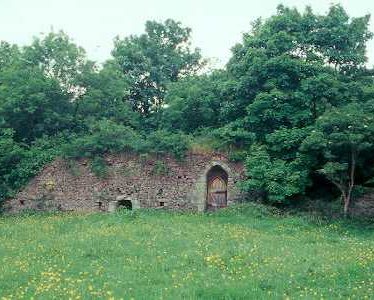 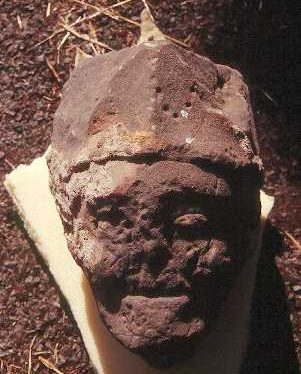 The remains of Hartshill Castle, which was originally built during the Medieval period. It is situated on the east side of Hartshill Hayes Country Park.

1 Stands in a commanding position. Fortified in the time of Henry I (1100-35) as a motte and bailey castle (PRN 241), possibly by Hugh de Hardreshull. Only the earthworks remain of the early castle together with practically the whole of the E wall and a portion of the S wall of a contemporary stone-built chapel (PRN 242). The castle was rebuilt possibly about 1330 by John de Hardreshull. Much of the boundary wall remains. The position of the cross-shaped loopholes in this wall indicate that the keep was situated well away from it. The boundary wall excluded the motte but embraced the early stone chapel. The pools on the E may have been made at this time or in the 16th century when Michael and Edmund Parker leased the castle with its ‘castellated manor house’.
2 Suggests William de Hardreshull, in the time of King John (1199-1216), was possibly the rebuilder and not John.
3 Describes the curtain wall as 13th century and makes no mention that the chapel is earlier. The diagonal buttress at the NE angle may have been added when the house was built. Gives a detailed description of the remains and the history of the manor.
4 Ancient Monument Description.
5 Listed Building Description.
6 Scheduled Ancient Monument Description (1985).
7 Included in Warwickshire Monuments Evaluation and Presentation Project. In 1980 the curtain wall was dilapidated and crumbling in places although most of its circuit survives in plan. The south face of the wall is best preserved.
8 OS Card.
9 Scheduled Ancient Monument Description (1994).
10 Archival material relating to a proposed dig at the Castle.
11 Archival material relating to proposed land drainage. The red crosses on a map referred to in SWA19812/3 are probably those shown on SWA1281/1.
12 Sketch plan.
13 Archival material.
14 Archival material.
15 Note about location of archival material.
16 Archival planning material.
17 Material relating to scheduled monument consent.
18 Archival material.
19 Documentary research and standing building recording undertaken by Martin Wilson. This recorded evidence of Ludford’s restoration of the castle in the early 19th century.