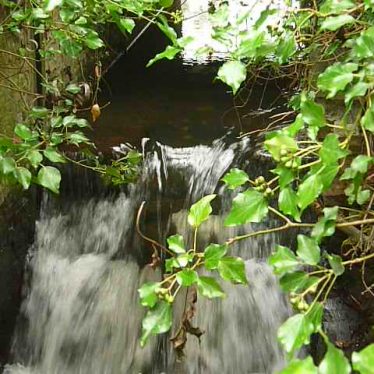 Aston Cantlow. Mill sluice on the entrance to the caravan park, 2018
Image courtesy of William Arnold 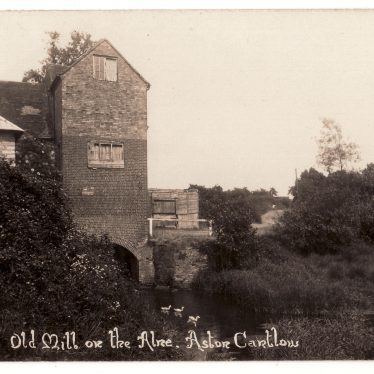 Aston Cantlow Mill, a watermill which was originally built during the Medieval period. It was used as a needle mill and a corn mill during the Imperial period. Some of the mill's features, such as the sluice, are still visible. The mill was situated 400m south west of the church.

1 A mill is recorded in 1086 and is thought to have been granted to Studley Priory by the 13th century. The priory leased the mill to John Palmer in 1510 and this lease included a house, land and nets to fish the water of the same mill. The mill is recorded again in 1554 and information exists for ownership in the 18th and 19th centuries. In the 19th century it was used for needle scouring and in the 1880s for corn grinding. Early in the 20th century it was used for ball bearing manufacture and was finally abandoned c1917. The buildings were demolished some time after this and only the foundations remain. The brick-lined wheelpit, with the guides of the curved sluice-gate, is still clear.
2 The site has been built on, but the sluice and wheelpit are still clearly visible.
3 Portable Antiquities Scheme find provenance information:
Date found: 2007-01-01T00:00:00Z
Date found (2): 2007-02-01T00:00:00Z
Methods of discovery: Metal detector