You are here: Home>Locations>Stretton on Dunsmore>A Tudor House in Stretton Under Threat

A Tudor House in Stretton Under Threat 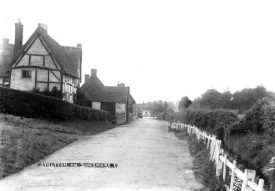 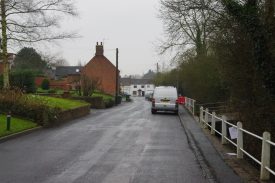 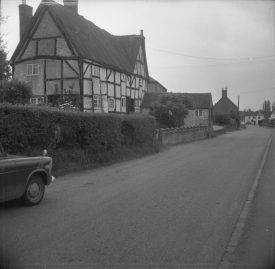 The Parrott house in 1967, Stretton on Dunsmore.
Warwickshire County Record Office reference PH(N)212/56/1/49. Part of a photographic survey of Warwickshire parishes conducted by the Women's Institute.

The house is known locally as the ‘Parrott House’ after its owner, Mr. Parrott. The Parrotts were one of the ‘traditional’ Stretton families. Anne Langley reports how John Green provided some details about the Parrott family, in the December 2013 parish magazine. The first Parrott living in the village was Daniel Parrott (John’s great-grandfather), a builder and farmer, born in 1849. Daniel bought the house (originally a number of cottages) for the use of his children. One of Daniel’s five sons, Walter, lived in this Tudor cottage with his wife and five children.

The house is sold in 1973. Permission is granted in 1973 for its restoration and the fabric of the house is removed in preparation, leaving just the beams upright. The promised restoration, however, never takes place and instead the house is left at the mercy of the weather.

The house is now under very real threat of demolition. Open to the elements, the fragility of the structure is clear. A preservation order was put on the building, and there is indecision about whether it should stay or be demolished. The building is discussed regularly at Parish Council meetings, although frustratingly the entries are brief and vague as to the content! With resistance to demolition, and with planning permission for four houses and garages on site refused because Wolston sewerage were overloaded, the house is offered for sale with no takers.

How quickly a place’s past can come under threat! After standing for over 300 years, a mere two sees the building threaten to vanish from the landscape.

And vanish it does, as the picture of the site today shows. This is not the end of the story however, and the next article will discuss what happened to the house.

Linkedin
More from Stretton on Dunsmore
More from Farm Houses, Cottages and Manor Houses
More from Semi and Detached