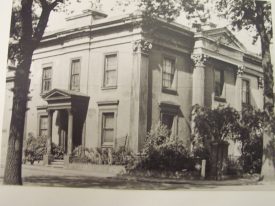 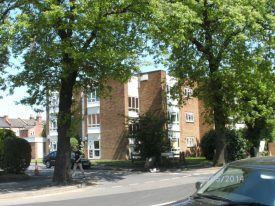 At the time of its demolition the part of the property known as Warneford House had a postal address of 13, Forfield Place, Royal Leamington Spa. Although this part of the property had its main front on Forfield Place, which, in theory, should make tracing its residents fairly straight forward, before the address was fixed in 1890 it was usually recorded as being in High Street!

So as with the other part of the property , tracing the residents from 1883 forwards has been fairly straight forward, going backwards from there has been rather more tricky. However, as with Gower House, I am confident I have managed to track it back to when it was built in 1834 and include the details in the attachment accessed via the Downloads section of this page.

The directory for 1835, when the house was newly built, records it as Warneford Terrace, a name used again in the 1851 census. So I would assume this was the name originally intended for this part of High Street / Radford Road but the rest of the grand terrace was never built.

The name Warneford Terrace was later used as the name for a row of labourer’s cottages, facing the canal, at the bottom of Althorpe Street.