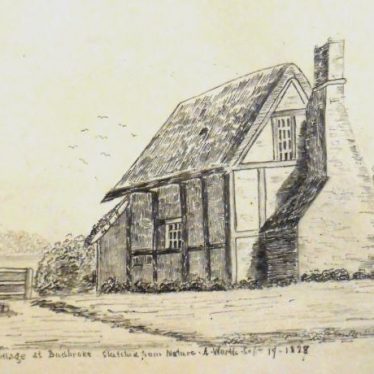 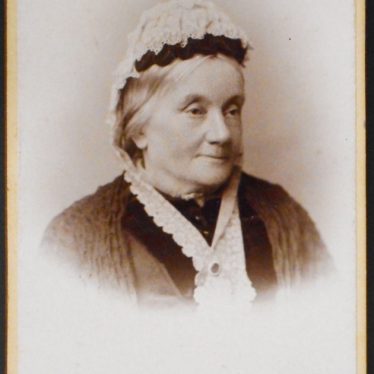 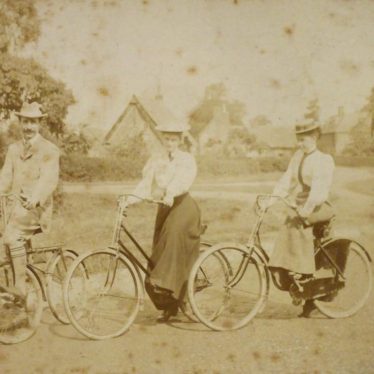 Whilst part one set the scene for the Townsend family and part two explored some of the male family members, this section explores the women in the family.

For me, the female members of the family are most intriguing and none more so than ‘Grannie’ Ann Townsend. Ann Worth (d.1893) was the daughter of Ann Brierly and George Worth: she was ‘the last survivor of the [Worth] family, and heiress to considerable landed property in the parish’.1 Artistically talented, the collection contains some wonderful sketches and watercolours done by Ann of the local area in the 1820s.

Ann married Henry Townsend (1808-1864) in September 1836. Henry and Ann had eleven children, eight of whom survived childhood. It would be nice to think that the nineteenth-century recipe book, including ‘Directions to make Cowslip Wine’, was either created by Ann or passed down to her by her mother.2

Many letters in the collection were sent to Mary from her children at school, university and then from abroad as they travelled for leisure or, in Henry’s case, as part of his job. William Henry Worth died in 1901 whilst his son was in Hong Kong. Sadly, after serious deliberation, Henry felt that he could not return home without giving up his position and so the family were apart at that difficult time. Mary and her daughters consequently moved to Church Walk in Rugby.

Though Bertha and Maude never married, neither seem to have been confined to the rigid domesticity of single women we often associate with the Victorian era. They played tennis, golf and rode bicycles, as well as travelling fairly extensively in Britain and Europe (albeit with one of the Townsend Aunts as chaperone!).3

Both sisters also volunteered as VADs in 1911, continuing right through the First World War in the VAD unit based in Rugby and, by 1920, Maude Townsend was unit Commandant.4  After the death of their mother in 1928, the sisters remained at Church Walk: Maude died in 1953 and Bertha died in 1966 as a result of being involved in an accident with a scooter at the age of 93.5