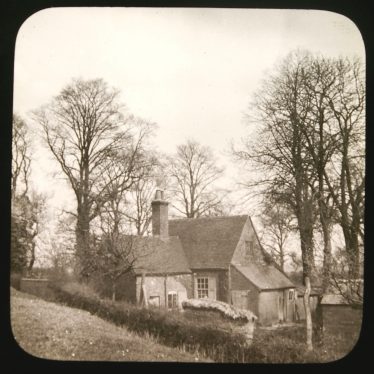 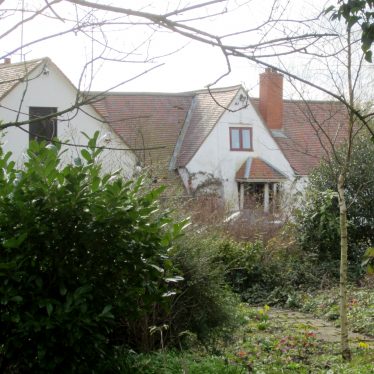 This cottage was known as ‘The Wells’ for many years, and was built on the site of medicinal springs. The baths consisted of three Mineral Springs of milky colour, diuretic and said to be good for the stone [kidney I assume].

Kelly’s Trade Directory of 1892 describes the baths: ‘There is a bath here of some celebrity, the water of which is impregnated with lime, and is said to be efficacious in the cure of rheumatism and dyspepsia, and at the beginning of the 17th century was much frequented’. [For example, John Giffard came for 2 weeks for his health in 1581 and again in 1587.]  ‘Dr Bailey, physician to Queen Elizabeth I, attributing its discovery to a labouring man, who having wounded his hand while felling trees near, was cured by its waters. It was restored in 1857 by the late Lord John Scott.’  Dr Walter Bailey published a treatise called A Brief Discours of certain Bathes neere…Newnham Regis.

I initially reported no sign of the building on the ground but a helpful comment (below) enabled me to seek in the right place and find it. Lumps and hollows in the fields around look interesting; these are probably related to the  old lime works shown on the 1900 OS map.

Kelly’s Post Office Directory of Warwickshire can be consulted at the Warwickshire County Record Office. This quote comes from p. 156.

Linkedin
More from King's Newnham
More from Spas and Baths