You are here: Home>Locations>Warwick>A Little Bustling Town: Memories of Warwick 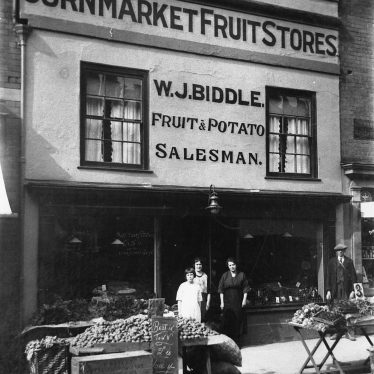 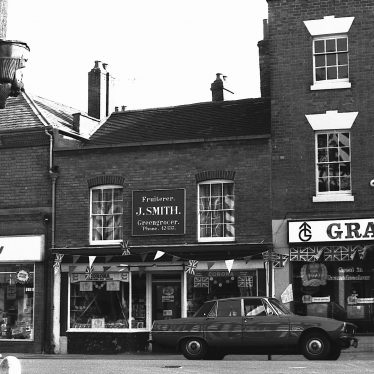 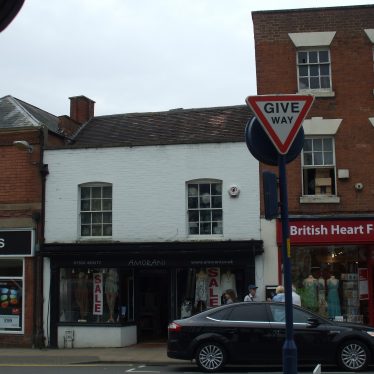 The site of the shop, 2015.
Photo by Benjamin Earl

I’ve always lived in Warwick and was born in Warwick; my husband grew up in Warwick too so we’ve got a lot of memories about Warwick.

My father-in-law used to own a greengrocer shop in the Market Square and did for about 50 years. It was called Jim Smith Greengrocer’s Shop. It was his aunt’s shop before him. He owned part of the gardens in Linen Street. He used to grow his vegetables and fruit there which he sold in the shop.*

Warwick used to be quite a little bustling town. At one time there were a lot of antique shops, but when we were kids there were corner shops and fruit shops and butchers and everything on every corner. There were quaint little shops, loads of pubs and a grain market. And good old Woolworths. It has changed a lot as the years have gone by.

The Market Square was completely different as it wasn’t paved like it is now. The buses used to come in and around. There used to be a fountain in the middle. I can’t remember what happened to it now. I remember there was a thick ball on the top and water cascaded down. There was a wall on the outside and it was slap bang in the middle of the market place. Once a year we had a mop, a mop fair.

There used to be some toilets at the other side of the Market Hall Museum, you used to go down steps and almost underground to them. And I remember it as plain as day. The walls were tiled black and white. How things stick in your mind. The museum used to have the bear stood in the front door and every kid used to love this bear. It was huge and when we were children we used to be a little bit scared of it – “Gosh is it alive?”

Though Warwick was OK for shopping, if you needed to do a ‘store’ shop most people walked to Leamington or got on the bus and went to Leamington. The first Tesco store opened on the main street of Leamington. And I remember that as, young as I was, I went with my mum on Thursday night to go and get the shopping. Sometimes we’d go with the pram, because my brother was seven years younger than me and we’d load the shopping in this pram on the back. And having a chocolate bar or something was a treat. Today it’s a daily thing.

I grew up around St Nicholas Park so we used the park a lot. In those days there used to be a cattle market twice a week and then on a Sunday they introduced I think one of the first Sunday markets so it was quite nice for the time because it brought a lot of people in on a Sunday. Of course trading was never thought of on a Sunday because most shops closed. When I was only a young teenager, I remember my cousin and I having a job on this market on a Sunday morning. We used to have to get up at 5am and bicycle across the park to the market. The entrance used to be where Healey Court is now but it linked on to the park so I think a lot of people used the park facilities as well.

There used to be open baths (a swimming pool) in the park and that was a real attraction to us as children. We used to have a lot of fun in that park. Sometimes we used to take bread bags or sandwiches, a bottle of squash and not come back till teatime. We never had mobile phones and house phones then so if you needed to see someone you’d get on the bus or you’d walk or cycle to their house.

* Warwickshire County Record Office has a collection of bills 1922-1987 from J. Smith’s Greengrocers, 70 Market Place, Warwick and his predecessor W.J. Biddle (his aunt’s husband, also a greengrocer), reference number CR3558/1-2. They were found on two bill spikes in a garden shed in the Linen Street gardens. Mr Biddle had begun business in Brook Street in 1919 and moved to the Cornmarket in 1926.