You are here: Home>Locations>Coventry>The War and Beyond. Daimler, Baddesley and Modelling

The War and Beyond. Daimler, Baddesley and Modelling 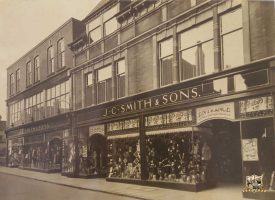 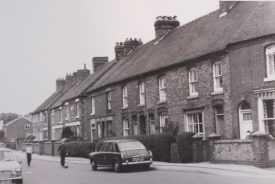 Unfortunately, the war came in 1939 and, regrettably, I had to eventually leave J. C. Smith’s to work in a factory for war work. My mother was already working at the Daimler Car Company, Coventry, obviously, not for cars but a job for the war effort. Daimler changed from making cars to engines for the duration of the war. I was taken on and found I liked the work. It was different from working in the shop.

Singing in the choir

I always loved singing at school so when a choir was formed at Daimler I joined it, and really enjoyed the singing. We gave concerts all over and around Coventry, to churches, chapels and lunch times at Daimler, where we sang to the workers. There was a designated place for meals and the choir would perform there. The highlight was our performance at the “Coventry Hippodrome”. We had a very good choirmaster, Welsh of course.

At night, I caught the train from Coventry to Nuneaton. There were no lights and if you bumped into someone you said sorry and walked on. It was all completely dark but I wasn’t afraid.

After the war, in 1945, I met my husband who was from Baddesley.  I came to live in Baddesley in 1948 and have lived here ever since. It is a lovely village; surrounded by beautiful countryside. I have been very happy here as people are nice and helpful to a stranger.

Life as a model

I have had a few different jobs during my working life. One was at J. C. Smith’s in Nuneaton, which is now Debenhams. I stayed there for six years, leaving only when my son was born. During a second stint at J. C. Smith’s, I did some modelling and it was nice. They wanted to create a country background for the photo of a tweed coat that I modelled. I went to Arbury Hall with the window-dresser and the photographer, where the photo was taken. The actual photo was enlarged and put in the shop window and the coat sold a lot. The modelling was rather a new thing to do and fun. Clothes and the way we use them has changed a lot. In those days, you had a best dress for Sundays and at school we mostly wore school uniforms.

In other changes, I would say there were Bible classes and church on Sundays then. Wives and women are mostly at work these day but that was unknown in those days.