You are here: Home>Locations>Coventry>My Grandfather and the Swift Motor Company

My Grandfather and the Swift Motor Company 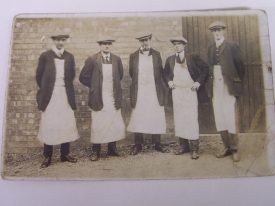 Grandad, Alfred Neale, is second from the left on this photograph, taken at the Swift Motor Co. around 1910.
Photo courtesy of Richard Neale. 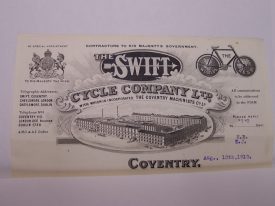 An example of the company Letterhead from 1910.
Warwickshire County Record Office reference CR 1664/364/9299 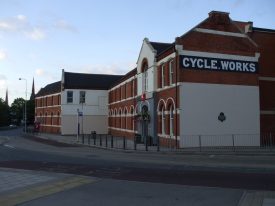 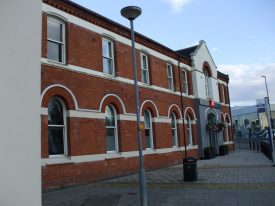 Well from the Isle of Wight actually and unlike the poem by Robert Browning, it was September rather than April, but apart from that……..

Anyway, it was in September 2007 that I visited the Brading Experience on the Isle of Wight. Part of “the experience” was The World of Wheels, a small transport museum. One of the exhibits was a beautifully restored 1913 Swift motorcar plus there were also some Swift bicycles, all made in Coventry.

It wasn’t the fact that Coventry is only a few miles from where I live that made me think of home, it was the fact that my paternal Grandfather worked for Swift as a coach builder. Yes, I know the odds were against it, but it was nice to think that just maybe he had worked on this particular car.

Unfortunately, I know nothing about Grandad’s time at the Swift because he passed away when my Dad was only 15, so I never knew him. Plus the firm went out of business when dad was only five so he had no memories of his dad working there.

The Swift Motor Company began life as the Coventry Sewing Machine Company, which was founded by James Starley and Josiah Turner in King Street, Cheylesmore, Coventry in 1859. The original aim of the company was to import and market American sewing machines. However, it wasn’t long before they changed the name of the business to The Coventry Machinists Company and began manufacturing their own.

In 1869 they began manufacturing a wide range of cycles which included two, three and four wheeled models. The Swift Cycle Company grew to become the second largest cycle manufacturer in the country. In 1898 they produced their first motor cycles, and by 1901 their first motor car was in production. Another name change came in 1902 when the company became The Swift Motor Company, and from then until around 1915 they produced several models a year.

Like most other factories during the First World War, Swift switched its production to war work. As well as munitions they produced, amongst other things, Aircraft Engines and Military Bicycles. After the war came another name change to Swift of Coventry Ltd.

After a few hiccups with their early models, Swift cars became known for their reliability. However as the 1920s progressed, their hand-built cars became less and less competitive when compared with the mass production models of Austin, Ford, Morris etc. That coupled with the great depression following the Wall Street crash of 1929 lead to Swift closing its doors for the last time in April 1931.

In 1905 the company took over what were known as the Quinton Works. The works had recently been occupied by the Rademaker’s Chocolate Factory. Before they were the home of the Beeston Motor Company who moved into the building in 1896, and produced motor cars commercially from 1897 to 1900.

The buildings date from the birth of the motor vehicle industry in Coventry. In fact a motor tricycle produced at the works was the only British built vehicle entered in the first London to Brighton run in November 1896, so it can rightly claim to be the oldest surviving motor vehicle factory in the city. The offices for the Quinton Works were built for the S & B Gorton Cycle Works in 1890. Despite being close to the city centre they managed to survive both the blitz and the redevelopment following the Second World War. Between 1998 and 1999 the building was restored and is presently used as a hotel.

Further reading about Swift can be found on the pages of The Swift Club.