You are here: Home>Locations>Astley>'The Lantern of Arden' and Astley Church

'The Lantern of Arden' and Astley Church 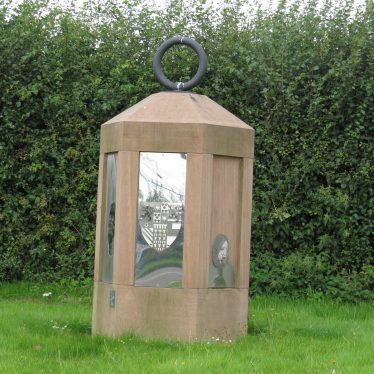 The Lantern of Arden by Johnny White, 2017.
Image courtesy of Caroline Irwin 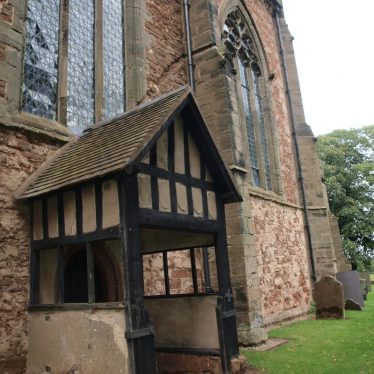 The South Door and Porch at Astley Church are believed to be 17th century, built when the church was altered in 1607.
Image courtesy of Caroline Irwin 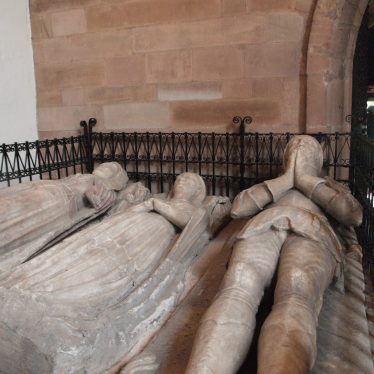 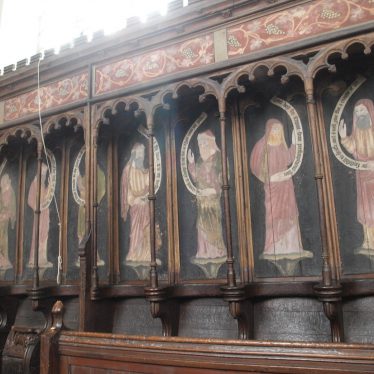 Above the stalls at the church in Astley are painted Apostles and Prophets.
Image courtesy of Caroline Irwin 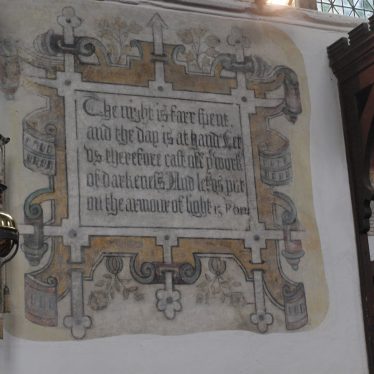 The walls of the Nave contain nine very beautiful 17th century painted texts showing quotes from the Bible and Prayer Book. They were conserved in 2010 by Tobit Curties Associates.
Image courtesy of Caroline Irwin 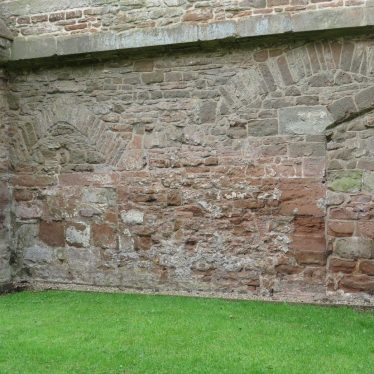 What look like old bricked up doorways in the side wall - I believe one of them originally led to a 14th century chapel.
Image courtesy of Caroline Irwin

I have thought about visiting Astley Church in the past and it is open on Sundays between 2.00 and 3.30 p.m. when there is a service so we stopped off in the village on the way home.

There is a lovely story connected to the original 1343 church which was built in the shape of a cross with a lead-covered spire on top of a central tower. At night-time a light was lit from the spire called ‘The Lantern of Arden’ to guide people through the huge forest which covered the area in those days.

A new ‘Lantern of Arden’

Today there is a new ‘Lantern of Arden’ created by artist Johnny White as part of the North Arden Heritage Trail. It is built from red sandstone (the same as the church). Parts of the lantern are inspired by the church – stainless steel panels mirror ancient themes and the history of the village; George Elliot, Astley Castle and three queens are also commemorated.1

A church has existed on this site from 1285. The church today contains remains of some of the church built in 1343 as a chantry for Sir Thomas Astley and alterations and additions were made in 1607/08.  There are a number of interesting items and paintings in the church and I took a lot of photos, more of which can be seen on my blog, but the Grey Monument is worth noting here. It consists of three alabaster effigies (originally there were nine).

On the far left is an effigy of Cicely Bonville d1530 – 2nd wife of Thomas Grey, eldest son of Elizabeth Woodville from her first marriage. He was made Marquis of Dorset by Edward IV (who had married Elizabeth after the death of her first husband). Cicely and Thomas’s eldest son was the grandfather of Lady Jane Grey. In the centre the effigy is believed to be Elizabeth Talbot d 1483, wife of Edward Grey’s young son Edward Lord Lisle. On the the right is a representative of Sir Edward Grey d1437 – in the photo of the picture on the church wall showing the tomb from above you can see a stylised lion at his feet.

George Eliot, the author, was born within a mile of the village of Astley and in her novel “Scenes of Clerical Life: Mr Gilfil’s Love Story” the village of Knebley in the novel is based on Astley and the castle here is used as Knebley Abbey. Her parents were married at the church in February 1813.

1  In 1452 when she was 15 Elizabeth Woodville (1437 – 1492) married John Grey and lived at the castle in the mid 15th century. John Grey died fighting for the Lancastrians at the Battle of St Albans in 1461 during the War of the Roses. Elizabeth was later wooed by Edward IV, the Yorkist’s claimant to the throne and married him in 1464 when she became Queen. Two of her sons were the Young Princes who later died in the Tower. Some of you may have read The White Queen by Philippa Gregory (a book I had sorted out to take to the charity shop but have now retrieved!). Elizabeth’s daughter, Elizabeth of York, became Queen in 1486 when the married Henry VII. Frances Brandon, grand-daughter of Elizabeth of York married Henry Grey and their daughter Lady Jane Grey was put on the throne in 1553. Her reign lasted 9 days. She, her father and husband were executed in 1554.

Various information boards at the church and castle, and a Leaflet on St Mary the Virgin, Astley Church.

Linkedin
More from Astley
More from Chapels and Churches