You are here: Home>Locations>Rugby>Plaza Theatre, Rugby 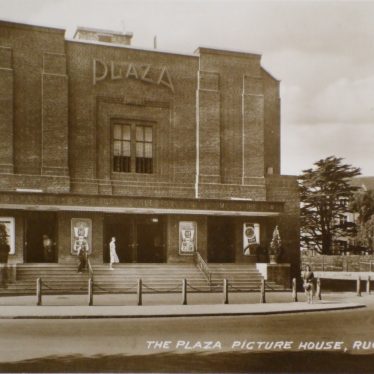 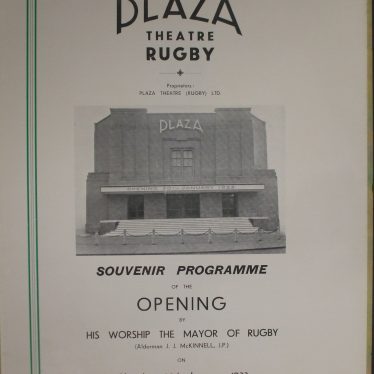 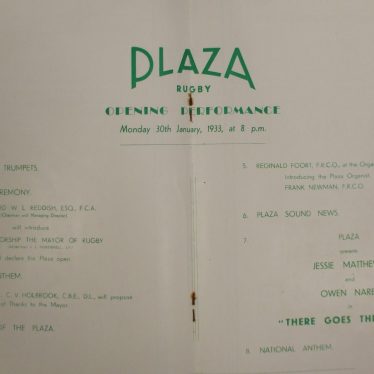 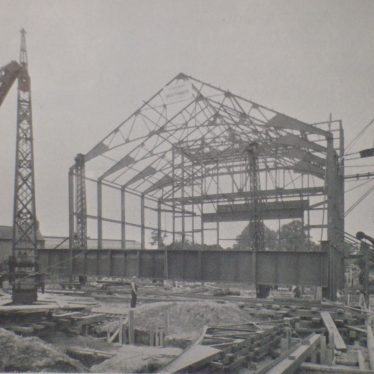 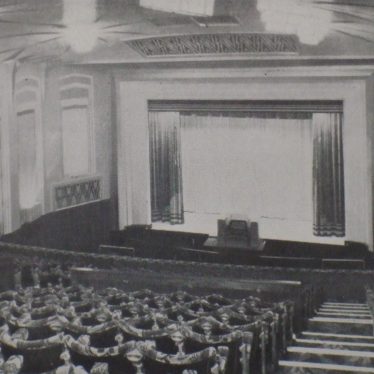 Inside of the Plaza.
Warwickshire County Record Office reference CR2599/21 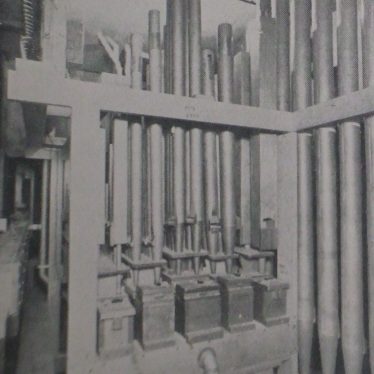 The Plaza opened on 30th January 1933 to There Goes the Bride starring Jessie Matthews and Owen Nares, work having started on the site in May 1932. Being renamed the Granada shortly after the second world war, the cinema showed its last film in 1976. The building found later use as a Bingo Hall firstly as Granada, then Gala Bingo, before being demolished in 2011.

Following the pattern of the time, the Plaza was keen to emphasise the impression of luxury in its new building, boasting of its “auditorium [that] is panelled throughout in mahogany, the floor being covered with thick Wilton carpet.” The modernity of the projection system was also a source of pride. The initial cost of admission for an evening performance was 7d. and 1/- for the Stalls, and 1/6 and 2/- for the Balcony.

At one stage, Granada held a monopoly on cinemas within the town, owning three of the four and, when the Scala was subject to a devastating fire, taking on the lease with the sole purpose of preventing it from re-opening as competition. Come the mid 1970s, the popularity of cinema had declined to such an extent that there were no cinemas left in Rugby, until Rugby theatre started showing films. There is now also a Cineworld multiplex on the outskirts of the town.

A page about the building’s time as a bingo hall can be found here.