You are here: Home>Locations>Rugby>British Thomson-Houston Works at Rugby 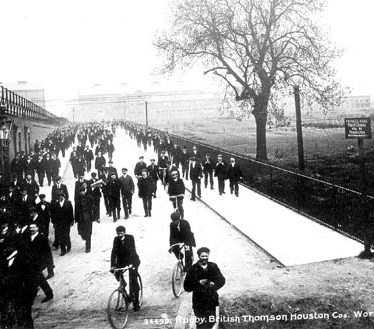 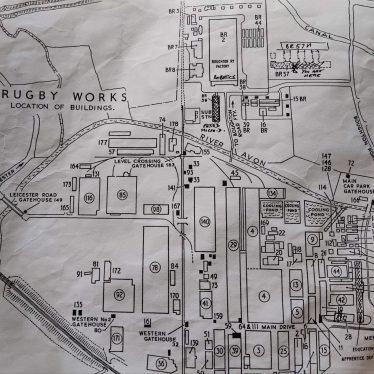 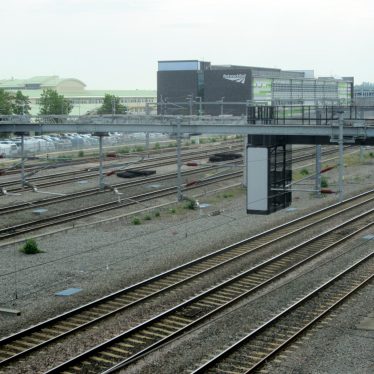 The British Thomson-Houston (BTH) Company was founded in 1894 and production started at Rugby in 1900. The main factory buildings (on what used to be Glebe Farm) opened beside the railway line in 1902. The firm produced items such as electric motors and generators, steam turbines, meters and Mazda lamps. They were one of the major local employers for many years. The site has changed a great deal since then, as can be seen from the photos, and another web-page will look at the site today.

During the First World War BTH produced electrical equipment for the navy, and during the Second World War electrical components for aircraft engines, munitions etc. (A war memorial to BTH workers features on this website.) In 1937 Frank Whittle‘s company built the first prototype jet engine at the BTH works in Rugby but relations did not go smoothly and production was moved to Lutterworth.

BTH amalgamated with Metropolitan Vickers to form Associated Electrical Industries (AEI) in 1928 but the name BTH continued to be used until 1960.  The General Electric Company (GEC) took over AEI in 1967. In 1998 two local branches of GEC merged with Alsthom (later renamed Alstom who still have a presence in Rugby).

If you have memories of BTH we’d love to hear from you.