You are here: Home>Locations>Astley>A History of Schooling in Astley, 1767-1877 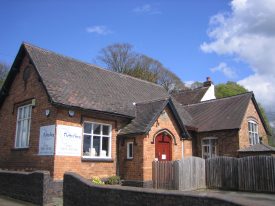 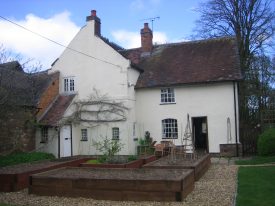 The Newdigate family regularly donated £5 a year to help finance a teacher in the village. In 1816 Robert Evans, the Newdigate family’s Land Agent (and father of George Eliot) records: ‘Paid James Morris bill for masonry work at Astley School, £14 0s 8d’, a considerable if not enormous sum. It seems likely this was not for a school building but rather to improve the house near the church which was used as a schoolroom and accommodation for a teacher(s). Young children would attend from about four years of age until eight or nine when they would leave for employment. The education involved the three Rs of reading, writing and arithmetic and a fourth R, religious instruction.

A danger to educate

Traditionally it had been felt dangerous to educate the common people at all, as it would give them ideas above their God-given station in life, but opinion was changing. Increasing numbers now concluded that elementary education could influence children in a suitable direction for the rest of their lives.

By 1835 Rebecca Dawson taught reading and writing at an elementary level, needlework to the girls and simple arithmetic to the boys. Family links between teachers were common and sometimes a whole family’s status could be raised through teaching. In the early 1850s Astley schoolteacher Thomas Robinson trained his two sons and a daughter, Thomas Junior, Cyrenius and Sarah-Anne, to follow in his footsteps.

Changes brought on by the Education Act

The Education Act of 1870 encouraged school attendance even if it did not make it compulsory, and a higher proportion of children of this age were now in school. In 1871 Charles Newdegate constructed a school building, marked with the date and his initials. It was built in the old schoolroom style, just one large room, and there was a small playground. It was built to connect to the existing ‘school house’ which in future was to be used just as a private dwelling for the Schoolmaster and Schoolmistress.

The charitable status of the school originally meant no charge for the education. But with the decline in the canal shares that had helped his finances, coupled with the expense of the new school building, Charles Newdegate decided on fees between 3d and 6d a week, based on ability to pay. In 1877, 34 pupils were recorded divided into three classes of different ages.

Part two can be read here.