You are here: Home>Locations>Coventry>The Press Triumphs 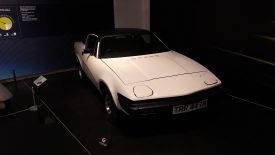 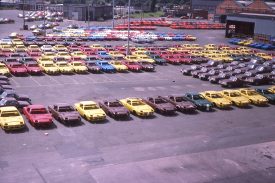 In the early 1970s a new department was set up within the service department for press cars. We worked under Mike Brooks, who was also with Austin-Morris Press Cars in Longbridge, Birmingham, all under British Leyland. The first cars were Dolomite 135s, 16 valve engines, model no. 135 denoting bhp. There were 24 cars to be prepared for the press launch. We proceeded to strip them out and rebuild as necessary to ensure they were built right. The engines were sent to experimental for dyno test bed testing. The figures did not add up, the average engine only delivered 127bhp. After a quick re-think all the badges were removed from the cars and the Dolly Sprint badge was born.

Shortly after the Sprint press launch we had 24 TR7s. These were the early four speed cars. They were all prepared ready for the press launch, when suddenly the launch was cancelled. The cars were dispersed within the Leyland group, I believe. Later on we went up to Speke and collected 24 more cars. These were the new five speed models. They were worked on and tweaked as necessary and the press launch went ahead at the Excelsior Hotel, Heathrow. I must say, we all enjoyed the five star treatment.

Some people love them, some people hate them. I always thought they were nice to drive. The 24 Sprint engine TR7s we had were, in my opinion, a step in the right direction. We carried out all the work on these cars in readiness for the press launch and then that project was scrapped.

Occasionally we prepared a car for the motoring press. A number of us would drive half a dozen TR7s over to MIRA (Motor Industries Test Track) near Nuneaton, where all the cars were tested for performance, noise, level of gear box, axle etc. on return to the workshop, the engine from one car, the axle from another, and the gearbox from another were all fitted to the car going to Autocar etc. You could say that car was as good as you would get.

I think back to time spent testing cars over the years at MIRA at the maximum speed on the banked circuit, tyre testing on the figure 8s, standing quarter acceleration test on the timed straight, the Belgian pavé sheer torture on the suspension, the dust tunnel test. The skid pan was quite exciting – ask my wife Margaret. She had a ride at the 50th anniversary of MIRA, in a Bentley. Off they went, the Bentley hit the skid at 80mph, no ABS, the car went around like a top. Next run should have been with ABS but the driver didn’t switch it on, and again the car went round and round. I think Margaret wet herself.

This is part five of an abridged version of an article that appeared in TR Action, the TR Register magazine, in 2007-2008. Further information can be found on their website. For the full article, please contact them.