You are here: Home>Locations>Warton>The Warning Voice (Part One)

The Warning Voice (Part One)

A cautionary poem by James Brown of Polesworth 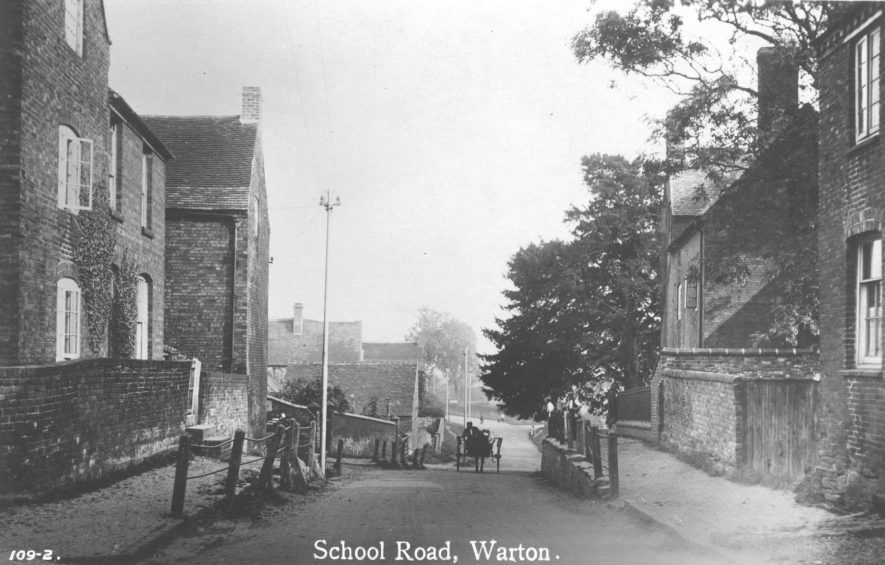 A few months ago I was given a copy of a pamphlet entitled The Warning  Voice, consisting of verses composed  in the second half of the 19th century by James Brown, a member of Polesworth Baptist Church and a local preacher in Tamworth and Nuneaton, as well as Warton, Austrey and Appleby Magna.  Indeed, his son Zephaniah recalled an occasion walking with his father as a young boy from Polesworth, stopping to preach at services in the chapels on the way, Austrey in the afternoon, Appleby in the evening and returning afterwards to Polesworth.

The main inspiration for the verses is given as the “Short Afflictions and Sudden Deaths of several of the Inhabitants of Warton” in the years 1875 and 1876, events which are used as a salutary reminder that death may take any of us unawares and we should live in constant readiness to meet our Maker. A recurring verse reads:

And when his grassy mound you view,

Or gaze upon the sod;

Prepar’d to meet my God?

The verses do not identify fully the individuals who met an untimely end but contain fascinating detail and intriguing clues which led me to see if I could track any of them down through the original Burial Register still in use today in Holy Trinity Warton.

The first casualty is referred to only as “poor Charles” but he was evidently well known.  He died as a result of falling out of a trap bringing villagers home from the Atherstone Statute.  No description of his injuries is given, except that he was “benumb’d with pain” and died the following day.  Sure enough, the register records the burial on October 1st 1875 of one Charles Baxter, aged 39.  His headstone can still be seen in the northwest corner of the churchyard and gives the date of his demise as September 29th 1875.

The next sudden deaths recorded are those of two mothers, the wives of two brothers by the name of Cope.  When one of the women was struck down with a fever, the other went to help but then became ill herself and both sadly died, despite the doctors’ best efforts to save them.  And there in the burial record I found Sarah Cope, buried 18th November 1875 aged 29 and Elizabeth Cope, buried 7th December 1875 aged 22.  Although the poem relates how they were buried side by side, there are no headstones to pinpoint the location.

The sad tale is then told of a young mother, not long married, who died and was buried along with her new-born child.  She is identified only as “belonging to the Baptist Chapel folk”, known for her singing in the chapel choir, and was clearly buried in the chapel graveyard, for which, unfortunately, no records can be found.

Part two of this article explores the conclusion of the poem.

This article was originally printed in The Dove, the parish magazine of the Parish of All Souls, North Warwickshire (summer edition, May to July 2014) .