You are here: Home>Locations>Nuneaton>Bucklers' and Porters' Family Shops in Nuneaton 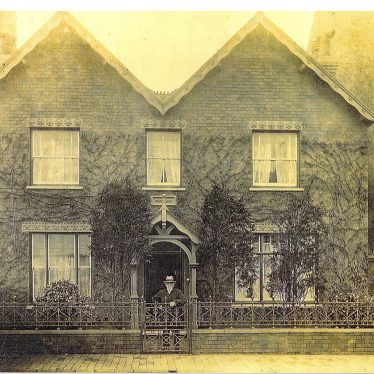 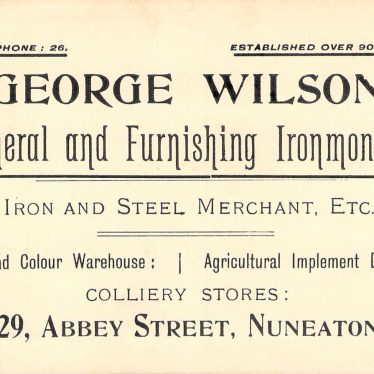 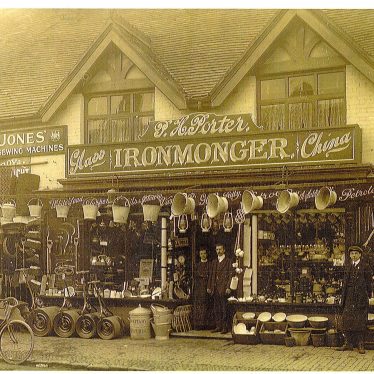 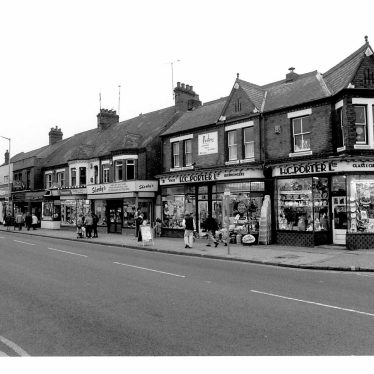 Great Grandfather bought the land from the Newdigate family in the 19th century for houses and turned them into shops. At one time it was a boot repairers, later a dairy and became a glass and china shop. The shop expanded and was later extended back into our living quarters.

My parents married in the 1930s and put all their money into setting up the shop.

A bomb fell next door

We couldn’t live there during the Second World War, as a bomb fell next door on Coggan’s cake shop in 1941. I was born just before the war started, so we were evacuated and went to live with my great uncle at Queen’s Road Farm on Bernan’s Lane.

Percy Harry Porter, my grandfather, was apprenticed to G. Wilson, ironmonger in Nuneaton. He then started P.H. Porter’s ironmonger shop in Solihull. He was killed in his 30s in a train accident. Grandma moved back to Nuneaton to live with her parents, the Bucklers, for a while, but they died during the influenza outbreak around 1918.