You are here: Home>Locations>Hillmorton>Hillmorton in the 1880s

Getting nosy with the census 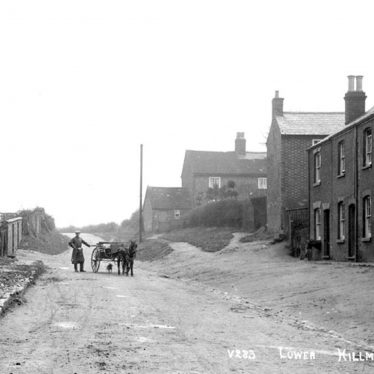 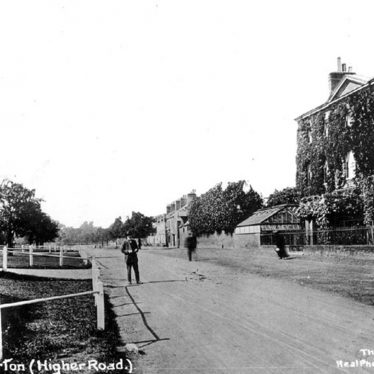 Large house and market cross, in Higher Street, Hillmorton. The large house was called 'The Croft' and was demolished about 30 years ago. 1910s.
Warwickshire County Record Office reference PH350/959 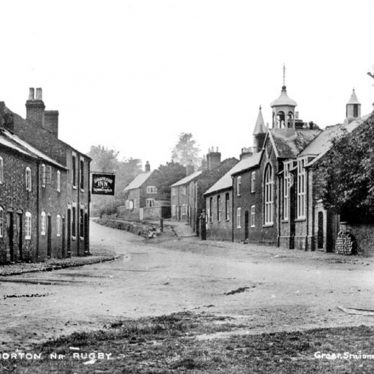 While browsing the census records for Hillmorton in search of my family home, I couldn’t help but get drawn into the other names and families that surrounded them.

For example, in the 1881 census I kept noticing how many of the residents are listed as bricklayers or brickmakers.  Looking at the old OS maps, this makes a lot of sense.  You can see that there were at various times three brickworks in the area: one directly opposite Paddox House; one between today’s Deerings Road and Welsey Road; lastly the Red Bank Brick Works out towards the Royal Oak pub and the railway bridge.  There also seem to be a lot of sand pits scattered around the area.

I think the Hillmorton of the late 19th/early 20th century must have felt very different to how it does today; the whole landscape would have been dotted with these great pits, reflecting the work of the villagers.  But there were also wide fields, wooded patches and spaces for allotments.  Looking at photographs from the 1900s to 1910s, the buildings and streets (particularly to the north) seem quite bare and harsh; practical buildings for a practical folk.

I’ve come to love the idea of trying to construct an image of village life, starting out by going down each street on the census records and comparing it to the OS maps.

I’m struck by the urge to delve into the history of each family, find out their backgrounds and try to translate that into their everyday decisions and desires.  I want to know who you’d go to to buy bread or get your horse shod.  I want to know how the upper classes chose their servants, from which families.  I want to know who left to make their fortune, who arrived and stayed, who passed through.  I want to figure out which couples fell in love, guess at where they met, track their route to work and their stumble home from the pub.

Of course this would take a great deal of work and, being lazy and impatient, I haven’t done it.  So I’ll give you what I’ve got and see if it inspires you!

Hillmorton seems to have been a village of two halves: the south revolves around Upper Street, (now High Street), and in the north we have Lower Street.  It was a village not only of bricklayers, but farm labourers, railway workers and canal-folk.  Many of the railway labourers were boarders, which isn’t too surprising.  Both Upper and Lower streets had two public houses with familiar names: the Red Lion and the Bell on Upper Street, the Stag and Pheasant and the Woolpack on Lower Street.

Occasionally in the census a name or household will leap out, like the house on Upper Street home to two blacksmiths and two laundresses.  Wouldn’t the clothes just get grubby again?  If you follow a street through, you find all sorts.  We can see Thomas and Martha Goodman of Lower Street who were in their 70s, both listed simply as ‘pauper’.  How did they pay rent?  Presumably they got some support, and how did they get on with their neighbour, James Smith, who was a rate-collector alongside his butcher’s work?

Continuing down Lower Street, what did people think of the 22-year-old civil engineer from Bury St Edmunds who was boarding with Martha the widowed dairykeeper? The saucy-minded among us may like to imagine something was going on… How did Hannah Osborn, wife of an agricultural labourer, end up keeping a sweet shop?  Further down the road what did Jane Aires think, when her sixth child turned out to be twins? Sounds like a lot of hard work!

I have had a great deal of fun rootling through the pages.  If you get a chance, I heartily recommend sticking your nose into a census.