More stories from the school's logbook 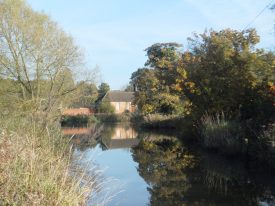 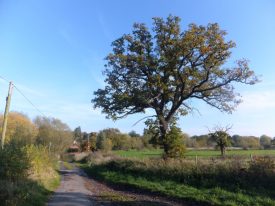 In part one, I investigated the attendance of the children at Little Packington school. This article will explore what else the school’s logbook can tell us.

The school building is also mentioned in the logbook. On 30th May 1863, the headteacher wrote that there was ‘No religion lesson to-day as all the first class were engaged in cleaning the School’ (p.11). It is a pity we are not given the children’s reaction! The building itself was a cause for complaint, the headmaster writing in December 1864 that ‘Several children [were] absent from colds and affections of the throat. I am of opinion that the downward current of air from the Ventilator tends to accelerate these complaints’ (p.68). This equation between the school building and the health of his charges shows a growing awareness of the importance of the correlation between health and hygiene.

It is not surprising that health takes a predominant role in absences: fevers, colds and hooping cough were rife and the school usually closed when fever broke out in the community. In November 1863, the headmaster wrote that he had ‘Re opened School after having been closed 4 weeks in consequence of Scarlet fever being prevalent in the Parish. No children will be permitted to come from any house in which there has been fever, until after Xmas’ (p.29).

Even the headmaster’s family were not immune to disease. On an extremely sad note, he wrote in February 1864 that he had ‘Closed the School this afternoon in consequence of the sudden illness and death of my dear little girl’ (p.41). A few days later, he noted that ‘The Countess (kindly) had the children taught at the Park School these four days until I had buried my little girl, as well as in consideration of my Wife’s and Miss Barton’s sickness’ (p.41). Log books were meant to be an objective record, but at times like this it was hard for the headmaster to be totally impersonal.

The Countess of Aylesford

Unsurprisingly, the role of the Countess of Aylesford is predominant in the logbook, with her regular visits and comments dutifully recorded. On 12th June 1867, she ‘examined the girls’ needlework, & intimated that there was no reason why Hannah Skidmore should be exempted from Rule V’ (which appeared to be something to do with girls’ hair) (p.126). As befitted a beneficial benefactor, she would give the school an annual treat, held not at the school but at Packington Hall (in 1872, the headmaster added that this was a ‘Miserably wet day’ p.267).

Of course, the education of the children was not neglected a mention in the school logbook. These were predominantly the three Rs (reading, writing and arithmetic). In May 1863, he had to caution ‘several of the children in upper diversion against telling each other how to work their sums’ (p.9). However, there were also practical lessons, the boys having gardens to look after and the girls had their needlework to do (gendered roles become apparent here).

Being a National School, there was of course a strong link with the church and religious teaching. In one week in April 1863, the children’s scripture lessons include the Divine appointment of the Sabbath, Man’s sinless state in the garden of Eden, the institution of marriage, the fall of man, Jesus’s miracle of turning water into wine, the Murder of the Innocents and Moses among the bulrushes (p.6).

However, as the phrase goes, it was not all work and no play. In March 1873, the headmaster noted that he had ‘requested to have a ‘Gymnastic Apparatus’ erected in the play ground as an inducement to the children to engage in healthy recreation during the hours of play rather than amuse themselves by calling each other names (which leads to quarrelling) or standing ‘shivering’ in a corner’ (p.275).

What could the children expect of the future? An intriguing comment by the head teacher in June 1863 noted that ‘The first class had a letter to write (as a home lesson) on their probable future position in life, which was in some cases better than I expected’ (p.12). Did he mean their work or their ‘probable future position in life’? Most children at this time would leave school as soon as possible and solid provision for secondary education would only mature in the 20th century. But it would be nice to think that it was rather their hopes and aspirations that were better than he had expected.

This article is based on a Show & Tell lunchtime short talk at Warwickshire County Record Office.