You are here: Home>Locations>Ryton on Dunsmore>Autumn at Ryton Pools Country Park 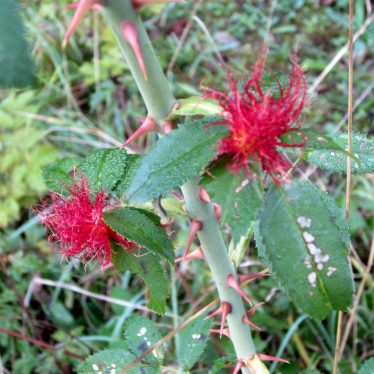 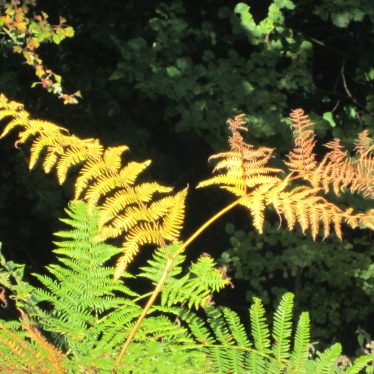 Bracken in the autumn
Anne Langley 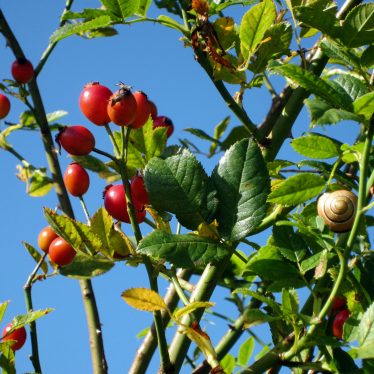 I took these photos in Ryton Pools Country Park. The enterprising snail was about seven feet from the ground; I don’t know whether it was after leaves or the rose hips. The robin’s pincushions are caused by a little gall wasp that lays its eggs on a wild rose, which responds by producing this strange growth around them. It’s hard to spot the galls earlier in the year, but they turn bright red in the autumn. Oak apples are caused in a similar way.

Do send us your photos of autumn: leaves, berries, fruits, seed heads, fungi etc. telling us where you found them.