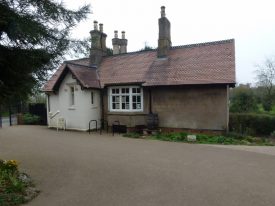 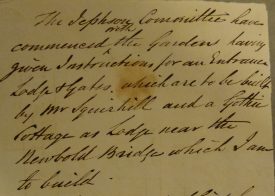 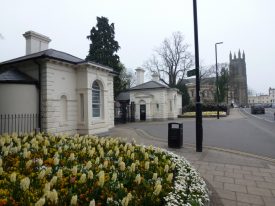 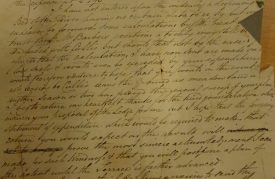 I remember as child travelling from Banbury to Jephson Gardens in about 1950 to see the famous illuminations. Each year’s illumination had a different theme, the theme for my visit was “Who killed Cock Robin”.

The People of Leamington owe a lot to Edward Willes and the Jephson Trust, and later on Leamington Corporation, for the preservation of this wonderful treasure.

Almost three years ago I was involved with other volunteers working from home, in transcribing the 19th century Edward Willes documents including letters, and to my surprise a lot of the letters contained the early history of Jephson Gardens (then called Newbold Gardens).

During the 1830s and 40s Edward Willes resided in Switzerland and during this period his interests were looked after by J G Jackson an architect/agent. During this time communication was by letter, of which there are very many, all are held at the Warwickshire County record Office ref. no CR4141. These letters dealt with suggestions and discussion about the landscaping of Newbold Gardens including the construction of the Lodge at the East Gate (the entrance in from Newbold Road now called Willes Road) and a Lodge at the West Gate (now referred to as the South Gate), also to build a bridge at the Mill.In 1831 a number of attempts were made to purchase the land from Edward Willes, but were rejected on the grounds that he was going to develop the land himself.

Taken Over by the Trustees

In a letter dated 13th Nov 1845 it was suggested the Newbold Gardens be taken over by the trustees of the “Jephson Testimonial” as Mr Willes found that he could no longer afford the upkeep of the gardens. This letter can be seen at the Warwickshire County Record Office, reference CR4141/5/189/14.

In May 1846 the Trust acquired the Gardens, and on 16th May 1846 a circular was put out by the Trustees requesting for subscriptions to go towards the upkeep of the Gardens. At the same time the name was changed from Newbold Gardens to Jephson Gardens.