You are here: Home>Locations>Ryton on Dunsmore>Evening Chorus at Ryton Pool Country Park 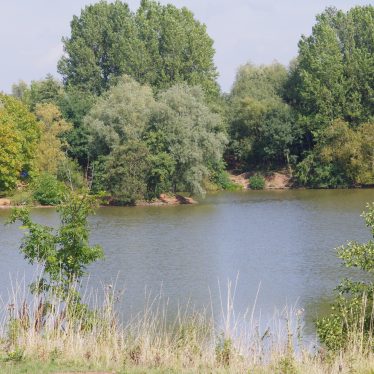 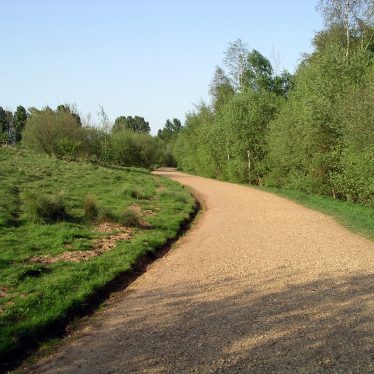 A path in Ryton Pools, along which we walked and listened for birds.
Image by Snowmanradio, and originally uploaded to Wikimedia Commons 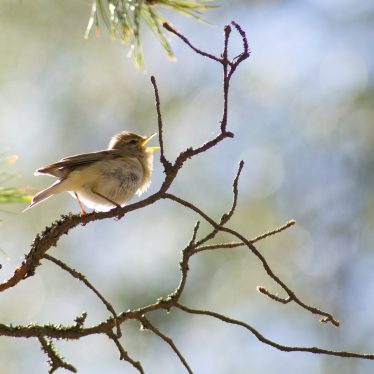 On Saturday 7th May in the evening I attended an event run by the Rangers at Ryton Pools Country Park. The aim was to walk around the park at just the time when the birds would be singing their evening chorus. This was a great chance for anyone that wanted to enjoy something similar to the dawn chorus, but was put off by the early start.

The museum was asked if we could bring items of taxidermy from the collection along to illustrate some of the bird species we might be hearing on the evening, especially species that people may not be familiar with, or get chance to see close up. The list was comprised of: Buzzard (Buteo buteo), Bullfinch (Pyrrhula pyrrhula), Goldfinch (Carduelis carduelis), Willow Warbler (Phylloscopus trochilus) and Chiffchaff (Phylloscopus collybita).

Until that point I had never realised how similar a Chiffchaff is to a Willow Warbler, they are nearly identical! Aside from the Willow Warbler having a slightly longer brow stripe, I think it would be very difficult for even an expert to tell them apart in the wild, especially if you factor in that the observer would most likely be seeing them at a distance, though binoculars and possibly flitting about dense vegetation. The game of course, is given away by their calls, which you can listen to a Chiffchaff on the RSPB’s website here, and a Willow Warbler here.

It was wonderful to experience this incredible natural spectacle first hand and this was facilitated by the very capable Rangers, Ben and Craig. They are very knowledgeable about the park and they were able to identify many birds just from their calls, which helped you to realise just how many different species were all around us. The evening chorus was interrupted slightly by about half an hour of rain, but once it eased off, one little voice after another raised itself to be heard. It was just as lovely as the dawn chorus,  except maybe not quite as intense.