You are here: Home>Locations>Wolston>Wolston Priory 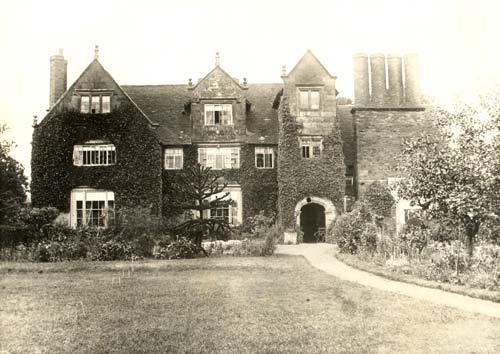 The Priory, a farmhouse in Wolston which incorporates some of the priory building material
Warwickshire County Council
Description of this historic site

The site of Wolston Priory which was founded during the Medieval period. It is situated 600m north east of St Margaret's Church, Wolston.

1 A small alien priory founded by Hubert Boldran between 1086 and 1194. This priory belonged to the Benedictine abbey of St Pierre-sur-Dive. In 1388 the hall, stable, grange and barn were dilapidated. In 1394 it was sold to Coventry Abbey.
2 Wolston Priory is a partly 16th century house, but has some 15th century or earlier details. These include a late 15th century entrance arch in the porch, a stone piscina in the kitchen and a carved corbel in the adjoining pantry. These may have come from the priory.
3 The house probably stands on the site of the priory.
4 The entrance porch, piscina and corbels are almost certainly reset. It has been suggested that the Priory was associated with the moated site to the W.
5 Scheduled.