You are here: Home>Locations>Clifton-upon-Dunsmore>Clifton Mill 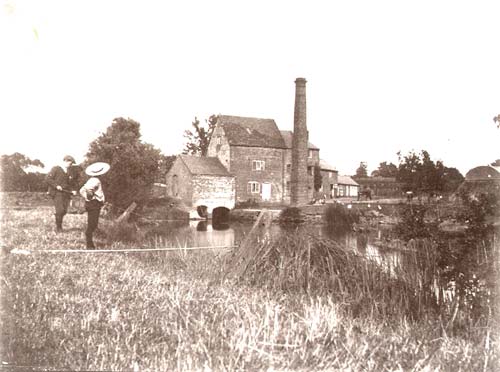 Clifton Mill, a watermill that was built during the Medieval period and continued to be used until the end of the Imperial period. The mill building is still standing but has had many modern alterations added to it. It is situated 800m north west of Clifton upon Dunsmore.

1 A mill existed on this site in the 14th century. Details of ownership exist for the 19th century. A steam engine was installed to supplement the waterwheel c1900, but the mill had ceased grinding by 1914. In recent years the ground floor has been used as a garage and fuel store. 18th century buildings with many 19th century additions and alterations. The oldest part is a three-storey brick structure with a steep, gabled roof. The waterwheel and pit wheel have been removed from the brick wheelhouse, but the remainder of the gearing is intact.

email
More from Clifton-upon-Dunsmore
More from Industrial Buildings including Mills (General)
More from Mills
More from Windmills, Watermills and Cornmills