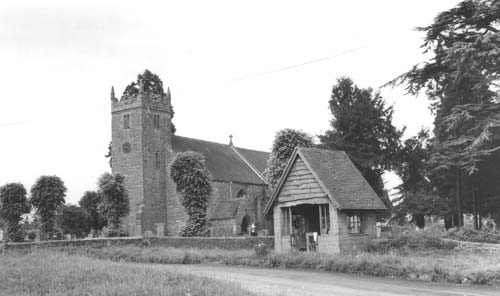 The Church of St Mary which was originally built during the Medieval period. Alterations were made to the church during the 19th and 20th centuries. It is situated at Church End, Priors Hardwick.

1 Chancel, nave, N vestry, S porch and W tower. The building is of early-to-mid 13th century origin, but of this period only the W tower remains. The chancel was rebuilt and much enlarged c1300. The nave was probably broadened at the same time, but was entirely rebuilt in 1868. There were other repairs in the 20th century. The church is first recorded in 1260.
5 Some restoration work was conducted in 1983.
6 Plans showing the location of the restoration work undertaken in 1983.