You are here: Home>Locations>Polesworth>Polesworth Abbey Church 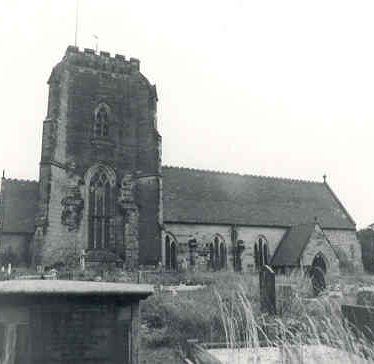 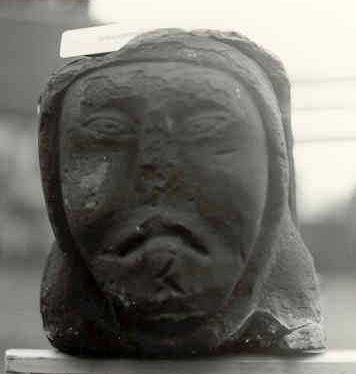 An architectural fragment, the head of a nun, from the Church of St Editha, Polesworth
Warwickshire County Council
Description of this historic site

The parish church of St. Editha which is Medieval in date. The church was associated with Polesworth Abbey. It is located 200m east of Bridge Street, Polesworth.

1 Parish church of St Editha consists of a chancel, nave, N aisle and porch, and a tower N of the chancel. The nave is of the first half of the 12th century and was probably the part of the priory buildings that served the parishioners. The narrow N aisle was either part of the original plan or was added soon afterwards. Both nave and aisle seem to have been shortened in the 14th century and the aisle widened. The lower part of the tower may be 13th century, the upper part dates to late 14th century. No plan or excavation reveals the original layout, but the church was probably originally of cross-shape plan, standing entirely E of, but conjoining, the parish nave, with the nuns’ quire in the W arm, a central tower, presbytery and transepts, the cloister being to the S of the nuns’ quire. After the Suppression the whole of the Abbey Church disappeared.
5 Nunnery 9th century or 10th century – re-established 12th century. N. aisle poss. on site of Saxon church. Existing church is nave of nuns’ church – cloister was to SE. Mound to E of church – poss. site of apse of Lady Chapel. Random test pits to W in 1976 – no traces of nunnery found. (WMANS 19, p65). External drains around all of church.
6 A programme of recording and observation was undertaken by Warwickshire Museum Field Services group between 2002-2006. A reburied medieval stone coffin and part of a brick vault was recorded in the interior of the church, during the excavation of a statue base. Medieval and later masonry was recorded during limited excavation outside the church. This may have belonged either to a monastic range west of the west range to the cloister, perhaps part of the Abbess’ Lodging, or to the west end of a building set against the church. An undercroft was also recorded.
7 The existing church of St Editha occupies the western half of the site of the original Abbey Church.

Linkedin
More from Polesworth
More from Chapels and Churches