You are here: Home>Locations>Bedworth>Church of St Giles, Exhall, Nuneaton and Bedworth 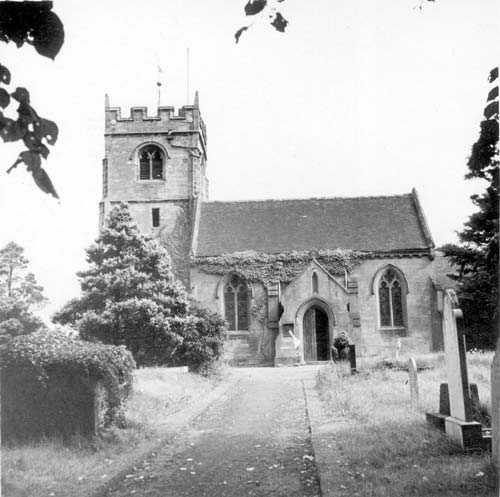 The Church of St. Giles which was originally built during the Medieval period. It is situated on Church Lane, Exhall.

1 Chancel with N vestry, nave, N and S aisles, S porch and W tower. Nave and chancel appear to be 13th century, although the nave has been rebuilt in modern times, when the chancel was also extensively restored. Tower probably 14th century. N aisle added in 1609 as the burial place of the Hales family, S aisle in 1842, the vestry and an extension of the N aisle in 1885. Exhall was originally a chapelry of St Michael, Coventry, and is mentioned as such in 1260.
2 Drawing of c1820.
3 Description as above.
4 LBL
5 St Giles has a chancel of c.1300, the tower and a window in the north aisle are Perpendicular and the south aisle is dated to 1842. The church was in normal use in 1967.