You are here: Home>Locations>Knowle>William Charles Harding 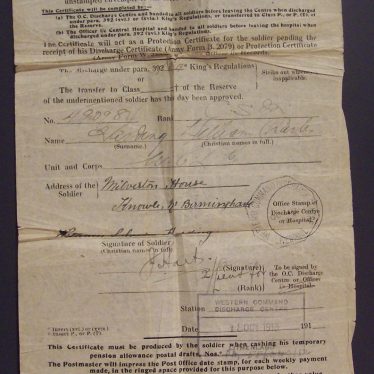 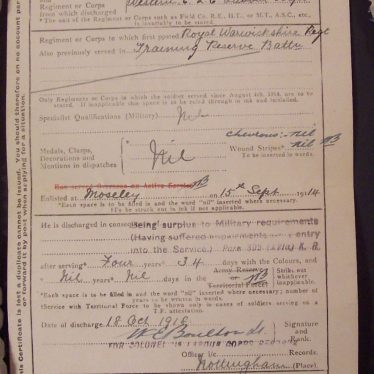 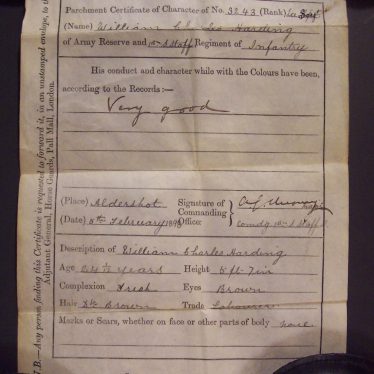 I know very little about my grandfather, I know he was born in or around Knowle and I have his soldiers small book and some papers relating to service in the Boer War and First World War service. He appears to have been a professional soldier, although I don’t think that in World War One, he went outside the UK.

The service book relates to his discharge as CSM in the CLC which would appear to be the Chinese Labour Corps. Chinese citizens were shipped to the UK, trained, and sent to the Western Front to carry out support roles such as railway construction and trench building duties. With some research help I have discovered that he was discharged from service before the end of World War One on medical grounds at the age of 42. I have his pension books also, and other memorabilia.