You are here: Home>Locations>Warwick>The Warwick Cabinet 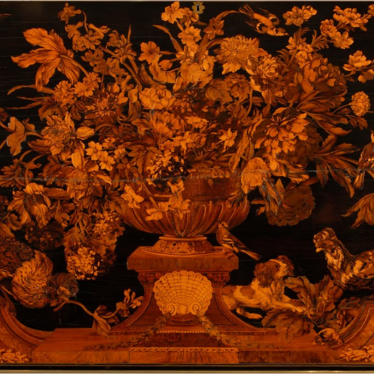 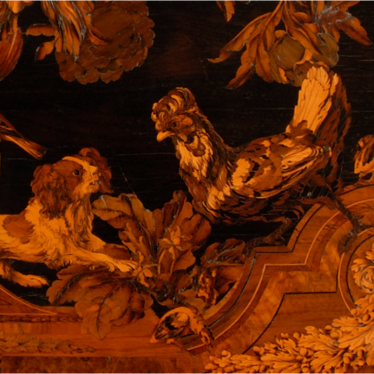 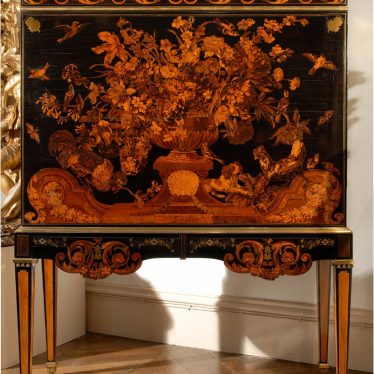 The Warwick Cabinet, by Andre-Charles Boulle, and Mayhew & Ince.
Image courtesy of the Bowes Museum.

There are a handful of treasures dispersed around the museums of the world which still bear the name ‘Warwick’. This is despite many of them having left the town quite some time ago, and there are a few which I can list off fairly easily1:

Warwick has been the home to some rather important works of art over the centuries. Most of this is due to the extraordinary patronage and collecting habits of the Earls of Warwick. From the Norman period onwards, the many various Earls have contributed a great deal towards the physical beauty of the town from its churches, chapels and castles.

Another treasure which still bears the town’s name is the so-called The Warwick Cabinet. Although now situated in the Bowes Museum, County Durham, its former home was none other than the staterooms of Warwick Castle.

A magnificent piece of furniture decorated in the most exuberant marquetry, and dating from the 17th century, the front panel of the cabinet is the work of Andre-Charles Boulle (1642-1732). The name Boulle is synonymous with the decorative arts from the Court of King Louis XIV of France. King Louis, who envisaged himself as the sun god Apollo, attracted some of the most skilled artists and craftsmen in Europe to his court.

Boulle, the son of an immigrant family, was producing exquisite wooden marquetry for the Palace of Versailles by his late 20s. The Warwick Cabinet contains a large panel which was made by Boulle c.1690, several years after he became the premier ébéniste du Roi.

The details of the panel are outstanding. The design takes the form of a lavish bouquet of flowers which sits on top of a baroque scrolled plinth. Hidden within the scene is a vast array of figures to delight the senses. Birds, butterflies and insects fly  above and perch on stems of the bouquet. Underneath a cockerel and hen guard their young chicks from the curious eyes of a small mischievous spaniel. The illusion of depth and likeness is remarkable, despite the age and yellowed varnish of the panel.

Boulle particularly excelled in achieving a truly painterly approach to marquetry. Depth and texture are achieved in a variety of ways, often including the use of hot sand to partially burn the wood to achieve the effect of shadow. It is hard to imagine that Boulle’s panels were often used to decorate elaborate floors or simply serve as table tops. Could one imagine anything more opulent than walking or dancing across something as delicate as this?

Brought to Britain during the 18th century

The panel of the Warwick Cabinet was probably brought to Britain during the 18th century, less than one hundred years after it was made. It was in Britain during the 1770s when the panel was incorporated into a larger cabinet by London furniture makers Mayhew & Ince. Although the museum attribute its arrival in Warwick Castle to Francis Greville (1719-1773), 1st Earl of Warwick, the family’s ledgers at Hoare’s bank actually indicate that it was his son George, 2nd Earl, who commissioned Mayhew & Ince to reassemble the panel into a new cabinet. It was a growing trend amongst Georgian connoisseurs and collectors to enhance fragments of furniture, ceramics, and arms and armour into much grander pieces to befit their splendorous homes. British collectors of the 18th and 19th centuries had always expressed a fondness for the grandeur evoked in Boulle’s work.

As with many of the treasures of Warwick Castle, the cabinet was sold in the late 1970s.  Following its sale to the Getty Museum, Los Angeles, the export licence was deferred to allow a museum in Britain the chance to purchase this piece, described as of ‘unrivalled quality’. With generous funds from the Victoria and Albert Museum and Art Fund, the Warwick Cabinet was saved for the nation and acquired by the Bowes Museum.

Will the piece retain the name ‘Warwick’ for centuries to come? Might there ever come a time when it is known as the ‘Bowes Cabinet’?

Or perhaps more importantly, what’s in a name?

Owned by the Bowes Museum, and purchased with the aid of the Victoria and Albert Museum Purchase Grant Fund, The National Art Collections Fund, the Pilgrim Trust, the Friends of the Bowes Museum and an anonymous donor.

Map marker in the right place? If not, please correct the map.
Locations
Warwick (1244)
Warwickshire unspecified or out of county (186)
Subjects
Furniture (5)
Author
Adam Busiakiewicz
Date