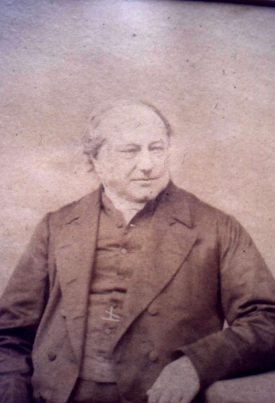 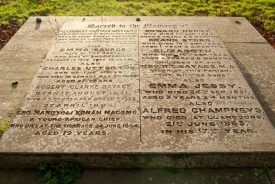 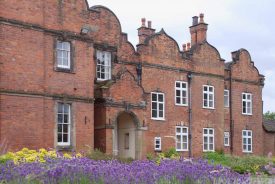 In part one, I gave the background to my hunt for George Mandyoli Konah Macomo. In this section, I deal with his time in Nuneaton.

Sir George Grey’s decision to send these two boys to England for Christian training was an impulsive one as others hesitated about taking so bold a step. But how would they manage the journey? Here Grey surprised the Bishop of Grahamstown, Henry Cotterill, who was travelling to England alone – or so he thought. Grey requested he take the two young men with him. Having to make quick arrangements for the chiefs to stay somewhere he contacted an old University friend, Canon Robert Savage, at Nuneaton vicarage. Savage, already interested in Missionary work, agreed to take them on and so Maqoma and Tsatzoe joined Savage’s already substantial family in his large vicarage.

A special baptismal service was held at St Nicolas, Nuneaton on Monday 14th November 1859. They were given appropriate Christian names; Maqoma became George after Sir George Grey and Tsatzoe became Henry after Henry Cotterill, permanent reminders of their spiritual mentors. They were taught English at the small King Edward VI School by St Nicolas church, and the census of 1861 records them living in the vicarage in 1861.

The fact that no baptism had previously been carried out and little English learnt, suggests that the two boys had not been educated for very long before they came. This emphasised how Sir George Grey’s choice had been dictated by political rather then personal factors.

Of more than local interest

The experience of the boys in England, if not unique, makes their story of more than local interest. Subsequent students (including Maqoma’s brother) were sent to St Augustine’s Canterbury for their training in Christian discipleship in an enclosed atmosphere of a special place of training. In Nuneaton, however, George and Henry lived lives among ordinary English people. We are aware through recent researches of a greater number of black people in Britain in the mid 19th century than we had previously supposed. Nevertheless, it seems likely that on arrival the chiefs would have been a conspicuous pair in the small 19th century market town of Nuneaton; the town had a stagnant population, where large scale industrial growth was still some years away.

We have some idea of their progress and training from letters they sent home to Sir George Grey in 1860 and 1861 after about two years in England. Their Grammar School education emphasised classics and mathematics; Henry reported that they were doing the 48th proposition of Euclid and had started Latin. ‘The schoolmaster’ [William Bucknill], Henry assured Sir George, ‘is very kind to us’, but they were worried about lung infections from an English winter. George had a delicate chest even before he came, but claimed his health was good. Henry reported that there had been snow on the ground for several weeks but he claimed ‘George and I stand it as well as the English people’.

A ‘refined and gentlemanly bearing’

Canon Savage took them out and about – to Atherstone and Tamworth – where they saw the Castle and ‘the place where they make paper’. Gardens and parks were strange to their eyes. Sir George Grey, however, wanted to know if they were absorbing British cultural norms in general and Christianity in particular. He needed to have no fears. As regards religious education they were described as having a ‘refined and gentlemanly bearing’ and ‘amiable manners’.

A report to the Coventry Herald, which may have been written by Savage himself, described their ‘devout attendances at the ordinances of religion’ (difficult to escape if you live at the Vicarage) and noted that this had been ‘a constant theme of admiration’ They reported to Sir George that they regularly attended the Bible class. They had clearly won the affection of Canon Savage and they, in turn, admired him. ‘When Mr Savage preaches’ wrote George Maqoma to Sir George Grey, ‘I understand almost all he says’. The boys themselves exhibited a strong desire to return to South Africa to preach the Gospel. Sir George Grey hoped they would come to repudiate the attitude of men like grandfather Maqoma.

The third part of this story deals with the conclusion of the chiefs’ time in Nuneaton, and what happened afterwards.