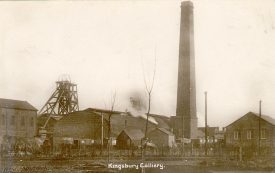 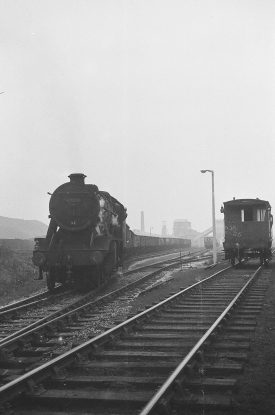 Kingsbury Colliery was founded by the owners of the Hockley Hall and Whateley Colliery and Brickworks in the 1890s when workings were nearing exhaustion. Two shafts were sunk to the Seven Yard Seam, passing through the Two Yard Seam horizon during sinking. The Two Yard Seam was found to be disturbed due to the presence of a major washout. This washout had been encountered previously at Whateley Colliery, but was wider at Kingsbury Colliery, and the underground roadways had to be driven around half a mile before commercially extractable coal was found.

The early years and colliery development

At the turn of the century, Kingsbury Colliery employed 34 pit ponies that were stabled permanently underground. At this time, all the underground haulage was done by these ponies. In 1900 the Kingsbury miners rebelled against their trade union, the Warwickshire Miners’ Association. The Kingsbury union leaders persuaded everyone at the colliery to relinquish their membership and instead join the new Tamworth District Miners’ Union.

In 1927, a third shaft had been sunk on the other side of the fault known as the Dexter Pit. The Dexter Pit was connected to Kingsbury underground for ventilation purposes, but the coal extracted from Dexter was transported to Kingsbury above ground using a tramway system. The overland tramway was built in 1928, and all of Dexter’s output coal was taken to Kingsbury Colliery for screening and sale. The Dexter Pit later became part of Daw Mill Colliery and was used for manriding. In 1932, the No. 1 shaft was deepened to extract coal from the Bench Seam. Productivity rose and costs fell, and the miners’ wages at this time were slightly higher at Kingsbury than the average for the Warwickshire coalfield.

Nationalisation of the coal industry

After nationalisation in 1947, Kingsbury Colliery was modernised and brought up to the national technological standard of the time. Until this time the Kingsbury miners had used naked flame lamps and were required to provide their own carbide for their lamps. By 1949, the colliery was producing 700,000 tons of coal annually.

New electric winding engines were installed in 1957. Most of the colliery’s output was specified for blending preparations for the West Midland Gas Board’s new Lurgi Plant at Coleshill, consisting of 60% Bench Seam coal and 40% Seven Feet Seam coal. In 1967 the West Midland Gas Board decided to close the Coleshill Lurgi Plant. Kingsbury Colliery lost its largest source of income, causing its closure in 1968.